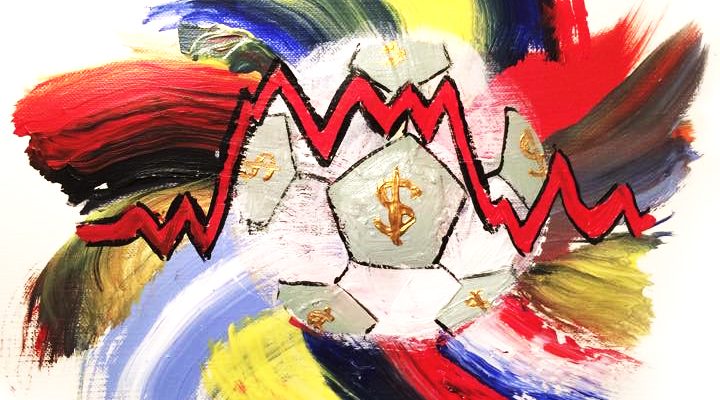 I remember when I was a little kid back in Turkey, soccer (or football as the rest of the world likes to call it) was a pretty big deal. It still is, but the early 2000s were the golden age of soccer for Turkey. More so than the matches themselves, however, I remember the EA Sports games, sticker collection books, bedsheets in the colours of my (father’s) favourite team, and soccer balls with FIFA’s logo. Sports culture has reached a new level of consumerism and conformism that is symptomatic of a broader historical narrative whose roots lie in both colonialism and capitalism.

Today, you can find your favourite team’s merchandise stores literally everywhere. You see babies wearing jerseys. Crazier than that, however, is the fact that there is an entire genre of news and politics dedicated to sports. People can be more dedicated to the internal politics of their favourite team than they are to the politics of their country. Call it escapism, if you will. But, that is too simplistic an answer, and it ignores that sports culture has been exploited to benefit a small number of powerful people.

Think of how sports have been used by colonial powers in the past in order to distance colonized peoples from being involved in politics, paving the way for Western moral norms to be imposed on their lands. In our contemporary world, sports play a similar role, but this time to impose capitalist norms on a global scale.

For instance, the British empire exerted its influence over many colonies and sports were one of its many tools of exerting dominance. According to Brian Stoddart from Canberra College of Advanced Education, not only did sports serve as a distraction from the completely unequal, colonial societies by providing a facade of egalitarianism and apolitical agency, it also allowed the colonizers to bring their “superior” moral codes into the colonized lands.

Cricket, for instance, was a ritual demonstration of British moral codes, namely adherence to laws and a strong sense of discipline. Someone who played cricket had to be honest, upright, and generally conform to whatever the society demanded. Similarly, polo was initially a game played in the Himalayan hill states, and emphasized the display of personal skill. It was the British military establishment that took it and transformed it into a game with rigorous rules, clearly designed to institute discipline.

Conformism in the colonial sense made values such as discipline, hard work, and pride for one’s nation integral parts of sports as a whole. Back then, these values were imposed upon colonized peoples to dominate them, and make them part of the empire. Today, you could argue that sports can no longer be associated with this; however, this is because it has been replaced by another form of oppression, namely Western capitalism.

Sports in North America, or the world in general, are no longer simply fun pastimes. They are a multi-million dollar industry bent on making more money at any possible opportunity. It has become fetishized. Just think of all the merchandise that is out there waiting to be purchased by some fan. You need to buy that jersey, and the new one that is designed each year. Support, if it is simply saying “I love the Habs!”, is understandable, but the contemporary culture surrounding sports is compelling people into consuming more and more.

The more demand there is for merchandise, the more supply will be needed. That is how capitalism works, and you can easily see why this could be problematic. Usually, the merchandise will be produced in factories abroad, in countries like China or Vietnam where labourers are exploited by major corporations. Your purchase of that new jersey each year is tacitly supporting sweatshop labour. Furthermore, gigantic international events such as the FIFA World Cup bring ‘prestige’ to whatever country they are held in, which is why countries will try to outbid each other without considering whether or not they can afford to do so. This year’s World Cup is a perfect example of this, where some of the workers who constructed the stadiums were found to have been working in “near-slave conditions.”

Contemporary sports culture exploits the rivalries between competing themes and athletes, and serves to perpetuate the dominance of consumerism, which is just another form of conformism. It is important to recognize that sports has been used and continues to be used as a tool of exploitation. To ignore this side of sport ignores the negative effects of sports culture.

It's easy! You can email the editors at sports@mcgilldaily.com!