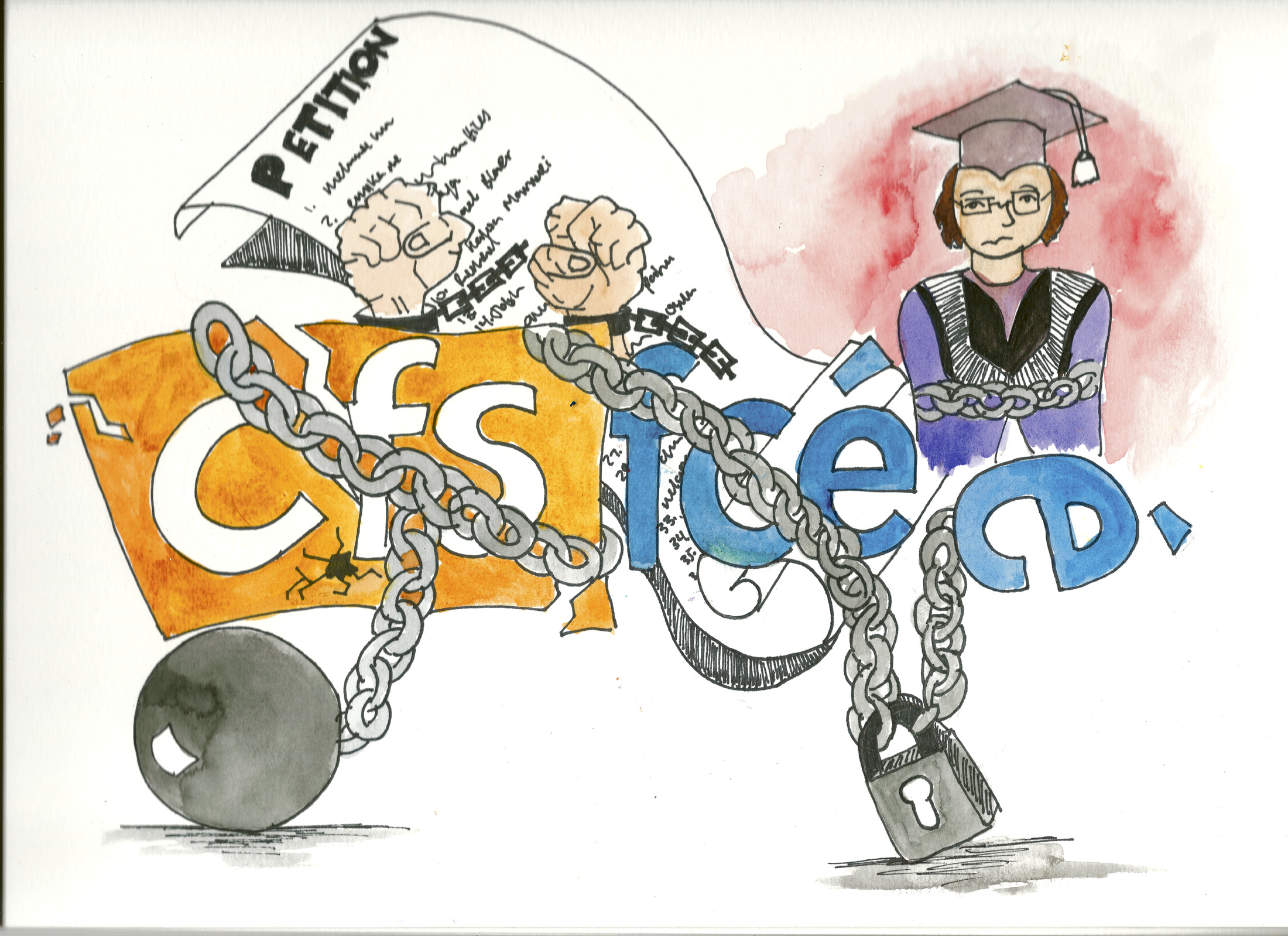 Founded in 1981, the Canadian Federation of Students (CFS) is an association of various student unions from all around Canada. CFS has been involved with multiple disaffiliation lawsuits in the past few years, with allegations of corrupt, overly bureaucratic tactics from various student associations. Here is a select overview of the cases, from across the country.

The problems between the Post-Graduate Students’ Society of McGill University (PGSS) and CFS started back in 2010, when PGSS held a disaffiliation referendum to leave CFS with 86 per cent of students voting to leave the organization. However, the results of the referendum were not recognized by CFS. This disagreement was eventually brought to the Superior Court of Quebec; after four years, the case is still ongoing.

Earlier in 2014, McGill PhD student and PGSS Internal Affairs Officer Ge Sa submitted a petition to CFS that requested another referendum. According to Sa, CFS failed to recognize the petition in a timely manner, and as such Sa had a hearing at the Superior Court of Quebec on March 18 to request a trial for a court-mandated referendum.

During the trial, which took place on August 28 and 29, François Viau, the lawyer for CFS, argued that PGSS should not claim in one case that it was no longer a member of CFS, while, in Sa’s case, presupposing that it was still a member of CFS.

However, the court’s decision, which was released on September 9, ruled in Sa’s favour and mandated that PGSS hold a disaffiliation referendum. In the decision, Justice Gérard Dugré said, “The plaintiff has demonstrated a clear legal and quasi­constitutional right that a referendum take place.”

In a press release following the judgement, Sa said, “This judgement sets a precedent for all Canadian students who believe in freedom of association.”

On March 9, CFS rejected a petition by the University of Toronto Graduate Students’ Union (UTGSU) to hold a disassociation referendum, on the grounds that the threshold for the number of legitimate signatures, which is 20 per cent of all members, was not met.

Speaking to The Daily on behalf of CFS, CFS staffer Brent Farrington said that the process by which CFS decides whether or not the the threshold is met requires the university to release a list of students.

However, Walter Callaghan, chair of the UTGSU Litigation Committee, told The Daily in an email that it is contrary to the privacy policies of the University of Toronto (U of T) to release such a list.

CFS had also asked McGill to provide a list of students for Sa’s petition. In McGill’s case, the university initially refused to do so, but eventually did release the list. According to Farrington, this is customary practice with disaffiliation petitions.

U of T, however, refused to release this list. As a compromise, CFS contacted Deloitte Touche, a third-party audit firm who, according to Farrington, determined that the petition did not meet the threshold, and thus the vote was not held; however, the validity of the petition is still disputed.

In an open letter to its members on July 14, UTGSU said that CFS “did in fact act and plan to act in ways that bring question to their use of discretion in the petition verification process and ensuring of procedural fairness in dealing with [their] members’ petitions.”

UTGSU is ultimately leaving the issue of the petition’s validity to the legal system. “It will be the determination of a judge of the Superior Court of Ontario upon which these matters will ultimately be decided,” read the letter.

In January 2011, the University of Victoria Students’ Society (UVSS) and University of Victoria student José Barrios petitioned to hold a referendum of disassociation to leave CFS. However, CFS did not approve the validity of the petition, as a counter-petition had been signed by students who claimed to have been tricked into signing the original petition.

Following this incident, Barrios and UVSS petitioned the Supreme Court of British Columbia for a referendum. The court ruled that, by declaring the first petition invalid, CFS had breached its own bylaws. Soon after, a referendum was held and students voted in favour of disassociation from the national component of CFS – this disassociation did not apply to the provincial branch, CFS-British Columbia (CFS-BC). UVSS did not get the chance to vote to leave the provincial branch.

“After the students at [University of Victoria] delivered a petition seeking a referendum in the spring of 2013 on the question of whether to leave the CFS-BC, the CFS-BC decided to expel the UVSS before the referendum was to take place,” said UVSS chairperson Kayleigh Erickson in an email to The Daily.
David Borins, who was the lawyer for UVSS in its litigation with CFS, told The Daily in an email that several disputes have arisen since 2008 in connection with referenda to vote on leaving CFS and CFC-BC. These conflicts can stem from a wide variety of technicalities, ranging from uncertainty over when campaigning is allowed, to whether or not petitions really do have enough support, to even “the validity of the referendum itself.”

The Concordia Student Union (CSU) and the Concordia Graduate Students’ Association (GSA) have also been involved in litigation against CFS. CSU held its disassociation referendum in February 2010, and GSA in March 2010. While the results of both referenda were in favour of leaving the federation, CFS refused to acknowledge the results.

In March 2011, CSU filed a lawsuit against CFS, asking the federation to recognize the results of its referendum and demanding $100,000 in damages. GSA also filed a similar lawsuit around that time.

In response, CFS filed a countersuit in December 2011, arguing that CSU owed roughly $1.8 million in unpaid membership fees to CFS. The two individual cases filed by CSU and GSA were then combined into a single case in January 2013.

However, because of a case between CFS and the Rassemblement des associations étudiantes (RAE, formerly CFS-Quebec), there was an issue in determining to whom exactly CSU and GSA owed the membership fees. On September 5, the Quebec Superior Court ruled that CFS-Quebec had indeed been the provincial component of CFS between 2007 and 2010, and therefore any membership fees owed from that period were to be paid to RAE and not CFS.

The trial for this joint lawsuit is expected to be held later in 2015. According to CSU President Benjamin Prunty, CSU plans to uphold the results of the referendum as valid, and no longer recognizes itself as a part of CFS.