Pop Montreal 2014 and what it means to be a musician 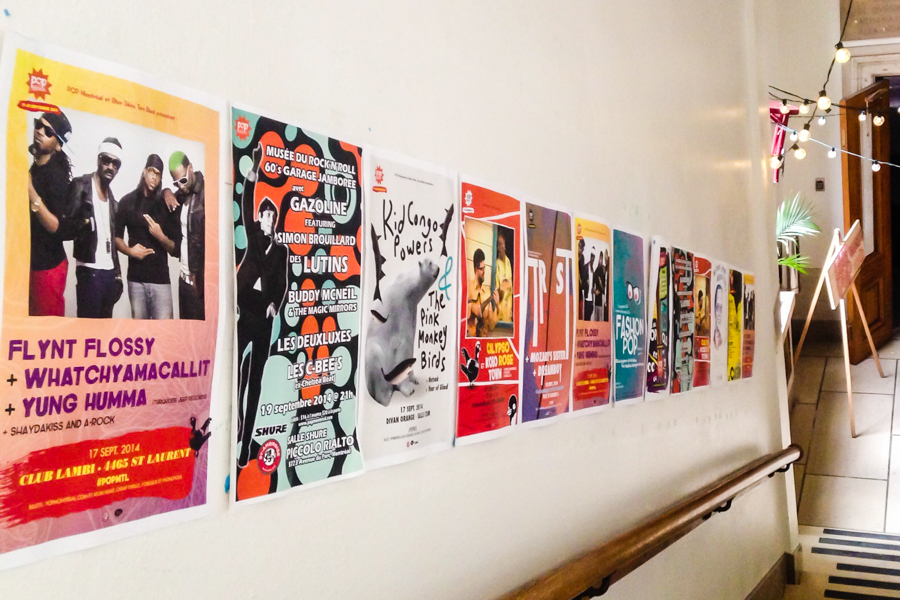 Ever since 2002, Pop Montreal has been bringing Montreal-based, Canadian, and international artists together for one weekend of musically charged venue-hopping. Each year, the lineup and the sponsors have been getting bigger and bigger. Despite the fear that this expansion might have drained the festival of its originality and DIY-sensibility, Pop Montreal 2014 remained an in-depth exhibition of the different crevices of Montreal’s artistic niche.

These perspectives on music and Montreal were represented throughout the festival’s different segments. Pop Symposium addressed the questions of artistic integrity and corporatization that many artists frequently face. “The Montreal Formula,” for example, featured artists Albert Nerenberg, Murray Lightburn of The Dears, and Krista Muir, who discussed ways to achieve artistic success in Montreal. Far from providing a formula, the panel presented these three role models and their paths to success as inspiration for curious musicians in the audience – several of whom exchanged cards and advice with the panelists after the talk.

A round-table discussion,“The Origins of the Montreal Music Scene” presented a historical look at the role of music in Montreal. In some ways, this panel contrasted with the former, telling stories of bands from the seventies that would play just for the sake of playing, with no concern for success or formula.

“Are We All Digital Sharecroppers Now? Indie Culture and the Corporate Web” invited Astra Taylor, Amy Macdonald, Marie Leblanc Flanagan, Stephanie DeGooyer and Ian Ilavsky to discuss the difficulty of artistic online promotion in the age of data exploitation by internet companies. Instead of a unified and message-driven lecture, the symposium engaged with a multitude of ideas, problems, and potential solutions, inviting opinions from the audience and encouraging divergent opinions of panelists. As Pop volunteer Graham MacVannel put it, “[The symposiums] really contributed substance to the concept of POP as more than just a music fest – it’s about engaging with the community and providing both the public and artists with a forum to interact positively.”

Art Pop, spread throughout Pop’s headquarters at 3450 St. Urbain, acted as an interdisciplinary slice of Montreal art life. Curated by Mohammad Rezai, the video project “POP Life” featured gifs created by over 150 different artists, exploring what pop culture means to them – a dizzying and illuminating series of glimpses into 150 different worlds.

“Sounding the City,” an installation from Jen Reimer and Max Stein, turned four rooms of the building into ‘Montreal soundscapes’ using recordings from different neighbourhoods throughout the city. While the project didn’t translate very well orally – it was difficult to distinguish the rooms from each other – the concept in and of itself was striking in its attempt to map the sounds we hear everyday.

The most impressive piece in Art Pop came from Catherine Gingras, Sandra Breux, Mitz Takahashi and Conor Prendergast, a mix of musicians and geography academics. “Mapped: Trajectories of Montreal Musicians” traced the lives and schedules of 25 Montreal musicians. The exhibit used maps, photos, video, and portfolios for a compelling portrayal of the realities of music in Montreal, presenting as much of a formula as any panel could.

As for the music itself, the best way to approach Pop is with no expectations. Over the course of this weekend, The Daily attended many packed shows in small venues, in the same night headbanging to a raw and energetic set from post-punkers Ought, and grooving to the wailing of Mozart’s Sister, a powerhouse electronic duo that combines all the best aspects of Grimes, Chvrches and Madonna. Even at shows as diverse as these, the crowd was always the same: loud, hyped, and sweaty.

The bigger shows may not have maintained this intimacy, but still kept with the POP mentality. At festivals like Bonnaroo and Osheaga, you can expect pretty much the same headliners – Arctic Monkeys and Outkast made the rounds this year. Even North By Northeast, which features hundreds of local artists in the same vein as Pop, chooses predictable headliners, this year showcasing St. Vincent and Mac Demarco, who were also on the festival circuit. With Pop, on the other hand, you never know who is going to be the talk of the festival. This year, headliners included eighties hip hop legends JJ Fadd, sixties star Ronnie Spektor, and British electronic king Bonobo, who closed the festival with an unusual DJ set for the amped up crowd at SAT. Pop’s headliners may be getting bigger, but they’re not getting boring.

Not only does Pop showcase different genres and art forms, but it introduces festival-goers to different spaces. Unlike Osheaga, which takes place in one large spot over the course of a few days, Pop has its participants exploring a huge number of venues spread out over multiple neighbourhoods. All us McGill kiddies that never make it out of the McGill bubble are finally forced into Little Italy, the North and East Plateau, Mile End, Mile Ex, and Parc Extension to witness these (slightly) farther communities up close. One of the best ways to experience Montreal’s music scene at Pop Montreal is by encountering its different venues. Audience members can uncover hidden gems in neighbourhoods into which they might not otherwise venture.

We should still keep in mind that Pop does cater to a specific scene on the Montreal music spectrum. The festival delves more into the indie sensibility than anything else and one is more than likely to encounter a number of hipper-than-thou young twenty-somethings who hide their snobbery behind perfectly disheveled outfits. The Plateau and Mile End showcase a yuppie, middle-class student population. What’s more, the audience at Il Motore, the one major Pop venue in Parc-Ex, is not very representative of the burrough’s primarily South Asian population. Although Pop may open up a scene for Montrealers to explore, it is nonetheless only one scene among many that exist within Montreal’s boundaries.

13 years after its inception, the festival has grown to an almost overwhelming size. With growth comes corporatization, and Pop Montreal has not escaped this trope – this year, women were handing out Monster drinks at Quartiers Pop on opening day, and the American Apparel sponsorship was impossible to miss. But instead of growing into a concentrated festival with predictable lineups and cheesy promotion contests, POP’s growth has seen it scatter into an experience that can only be described as all over the place – in the best possible way.