The baby of Montreal festivals is growing into an indie powerhouse 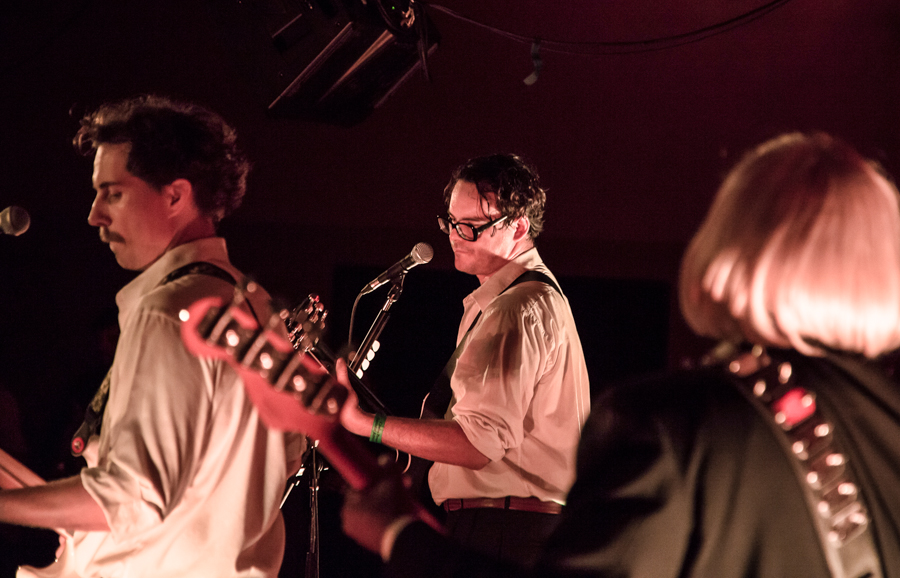 This year’s Passovah music festival was an all too brief bacchanal of indie rock ‘n’ roll, showcasing many of the stars of Montreal’s home-grown music scene. By the time you read this, the festival will be long over, but in just four days it proved once again that Passovah Productions is a name to watch year-round.

Started and managed by Noah Bick, Passovah Productions is behind many of Montreal’s great independent music shows and groups. In a nutshell, Bick describes the recent festival as “building off the Passovah model, which is a lot of pay-what-you-can shows, a lot of local bands we’ve been working with for years.” This year’s festival was bigger than ever, breaking away from previous moulds by featuring bigger bands at numerous venues and some ticketed shows. Still, Bick emphasizes, “The festival needs to be local – that’s what it is, and it needs to be a representation of the artists I’ve been working with over the last couple of years.”

Last year, the festival operated as a fundraiser for the Immigrant Workers’ Centre. The size of this year’s festival and the number of bands playing spurred a change, as proceeds now go to those involved. Passovah’s charity component manifests itself this year in a compilation of songs by 45 of the featured acts available as a pay-what-you-can playlist. 100 per cent of the proceeds go towards the Ange-Aimée Woods Memorial Bursary for journalism students at Concordia.

“It feels cool to not only compensate myself and compensate the bands, but to pay someone […] to run the shows,” says Bick about this year’s differences. While Bick’s commitment to company growth may smack of selling out, Passovah remains committed to supporting and building relationships with local artists. The growth of the company and festival also means growth in Passovah’s ability to work with and promote Montreal artists.

As for the performances themselves, the short 20-minute sets from local favourites all packed a punch, and big names such as Suuns and PS I Love You impressed eager crowds. Passovah holds events all year, but Bick explains that “what separates the festival is the density of acts – you’re getting 60 acts in four days.” The festival atmosphere was different from Passovah’s individual year-round events – this is of course unavoidable when a set list comprises up to ten performers rather than the regular three, and word of mouth brings crowds scurrying.

The biggest stand-outs? Hard-to-Google band Country got the crowd up and dancing at Casa del Popolo on Thursday night, and Seoul calmed it back down with shimmery ambient beats that were worth the half-hour set-up time. Divine candlelit outdoor sets from Charlotte Cornfield, James Irwin, and The Sin and the Swoon were the perfect soundtrack for a food truck dinner of a single giant meatball from Ô Soeurs Volantes. Each night was slick and well-managed, but still intimate, remaining accessible with mostly pay-what-you-can entry policies.

It would, however, be a mistake to declare that Passovah defines Montreal’s indie music scene – it is an anglophone company firmly based in an area known for its glut of former McGill and Concordia students from out of province. This year’s festival featured comparatively few women performers, and dropped the all-women-fronted-bands day that was a stand-out of last year’s festival. Instead, an event co-curated with monthly queer dance party Cousins aimed at diversifying the festival. Passovah operates within a context that is dominated by English-speaking white men, but its by-donation events and commitment to compensating artists for their work are steps forward for Montreal’s music scene.

For newcomers to Montreal, Passovah is definitely a name to watch out for – check out a lamppost near you for the latest posters, or passovah.com for more reliable information.

The compilation playlist for the Ange-Aimée Memorial Bursary is available here and you’d be hard pressed to find a better crash course in today’s Montreal bands.