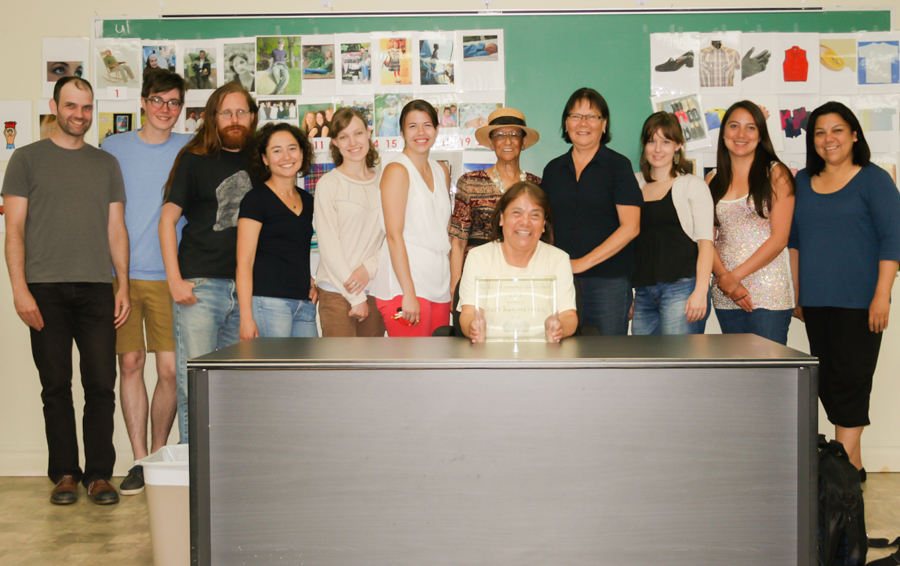 Not all McGill research happens at McGill. Since Fall 2011, the Listuguj Mi’gmaq community has been the site of the Mi’gmaq Research Partnership (MRP), a joint venture between the linguistics departments at McGill and Concordia and the Listuguj community. The project aims to bring linguists, their students, and Mi’gmaq community members together to develop a deeper understanding of the disappearing Mi’gmaq language.

The MRP originally began as LING 415: Field Methods of Linguistics, a joint undergraduate and graduate course taught by Professor Jessica Coon in McGill’s linguistics department. This type of course is meant to provide students with the opportunity to analyze a language with which they have no familiarity. Janine Metallic, a PhD candidate in McGill’s integrated studies in education department and a native Mi’gmaq speaker from Listuguj, was brought in as a language consultant for the class.

“[Language] is an important part of identity; it is part of belonging to a community.”

Metallic emphasized that the project was a partnership from the beginning. “During one of our first meetings I asked if [findings from the class] could go back into the community, because I knew that in the community, there’s this renewed interest in teaching the language and having more speakers,” Metallic told The Daily in an interview.

Carol Rose Little, a McGill alumnus who participated in the field course during her undergrad, noted that Metallic’s expectation of community involvement was very clear from the beginning, and that this led to the class being memorable. “I think that’s one of the big differences [about the MRP]. A lot of the time in field methods classes you just do a project and you do a class and [you get] a grade. It doesn’t go back to the community,” said Little.

After the first session of the course, the students presented their findings to the Listuguj community, and were subsequently asked back to continue their research. Currently, the project is developing educational tools to aid Listuguj teachers in teaching Mi’gmaq in schools, and to make it easier for others to learn the language. The MRP has a wiki site that covers the basic linguistic structures of Mi’gmaq, as well as a webpage that has flashcards and information about summer language workshops.

A stolen language making a comeback

Metallic said that the struggle to keep Mi’gmaq alive is rooted in a colonial legacy, particularly the community’s experience with residential schools.

“The majority of our [Mi’gmaq] speakers are actually in their late fifties, their sixties, and older. […] There were policies back in the 60s and 70s that prevented people from learning the language. We have some residential school survivors in the community who also were not allowed to speak their language when they were taken to residential schools, and due to various factors the language was kind of lost along the way.”

Canada was home to over eighty residential schools, the last of which only closed in 1996. Indigenous children were forcibly taken from their parents, homes, and communities, and placed in schools where they were not permitted to speak their language, wear traditional clothing, or participate in their cultural practices. Abuse was exceptionally common – the Truth and Reconciliation Commission of Canada estimates that over 4,100 children died in these schools, and the trauma caused by this violence and cultural deprivation is still evident in many Indigenous communities today.

“There’s a really common misconception that a lot of Indigenous languages have gradually fallen out of use because people lost interest. But that is really not [what] happened,” Coon told The Daily. “At least in a lot of parts of North America, this was a really concerted effort by different groups in Canada to get rid of the language[s].”

“It would be nice if other people who are doing academic work at McGill [could] think a little bit about the real-world impact that their research can be having.”

According to Metallic, the Listuguj community has found a new generational interest in preserving Mi’gmaq. “[Language] is an important part of identity; it is part of belonging to a community. Now, as people are having their own children, they’re thinking about ‘Oh, I don’t have this language to pass on now,’ but they want to be able to.”

This shift in appreciation for Mi’gmaq opens the door for possible applications of the MRP. Metallic emphasized that the Listuguj community is not relying on the MRP to preserve the Mi’gmaq language, but that it does offer ways to help the process. While the project is very active in providing support for language teachers in Listuguj schools, it also has potential to promote use of the language outside of the classroom.

Little told The Daily that Mi’gmaq is becoming more popular on social media, especially among young people. “There is this whole #speakmigmaq movement going on right now which is great to see. Hopefully [speakers] will carry whatever words they have learned on social media in their daily lives, and actually start speaking it on a daily basis.”

The Listuguj Mi’gmaq language program has a very active Twitter account, sharing a “word of the day” and encouraging people to #speakmigmaq. It has also been part of a larger social media conversation about preserving both Mi’gmaq in particular and Indigenous languages in general.

According to Metallic, casual use of the language is key to its survival. “We can learn a lot through classes and having [Mi’gmaq] as part of a program in school, but in the end we need to hear the language in the community – at this point, we don’t hear it as much.”

Coon echoed the sentiment, noting that a lack of common usage of the language is one of the biggest obstacles for someone trying to learn Mi’gmaq. “If you’re learning a language like Spanish, you can go to Mexico and spend a semester there,” Coon said. “A challenge for endangered languages is that there isn’t somewhere you can go and be immersed as easily.”

Out of the classroom and into the community: a new standard for research?

The MRP has continued over three years because of its reciprocal relationship with the Listuguj community. However, this type of project is not the norm in linguistics or academia in general.

Michael Hamilton, a PhD candidate in McGill’s linguistic studies department who has been working on the MRP since 2011, described the research practices the MRP hoped to avoid. “We call them parachute linguists – they go in and they get their data, they pay a couple of people, and then they just leave and that’s it. The community doesn’t know what happened with the data and there is no giving back to the community at all.”

Metallic agreed that cooperative projects were more rare. “I think it just takes some imagination to come up with a project that would suit both researchers and community members and to work collaboratively,” she told The Daily.

Hamilton also commented on the direction researchers should take at McGill. “It would be nice if other people who are doing academic work at McGill [could] think a little bit about the real-world impact that their research can be having,” he said.