It’s not too late to cancel the lease

Second best is not good enough 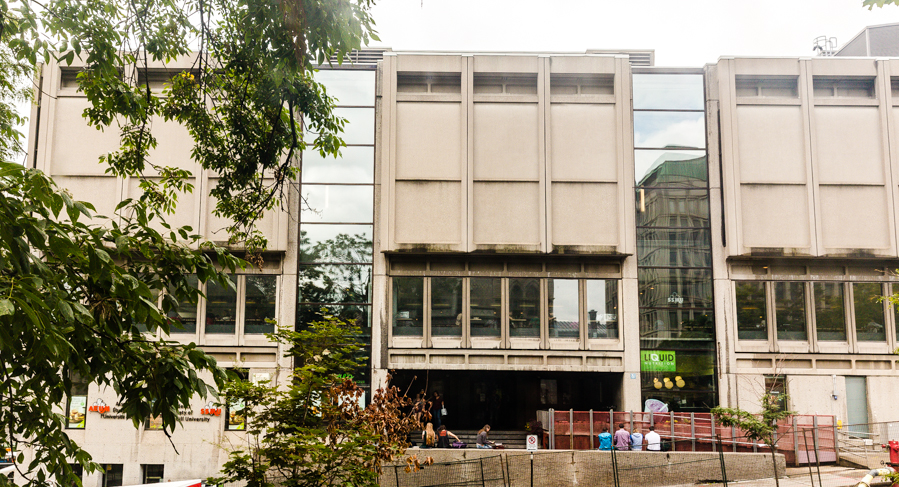 Like a recurring nightmare, the Shatner building fee referendum is back. Despite the embarrassing failure of last year’s vote, SSMU is once again asking students to cough up $5.78 per semester for its biggest blunder yet: the new Shatner lease. Incredibly, our student union is teetering on the brink of bankruptcy because of a largely self-inflicted wound. It negotiated a deal it couldn’t even afford and now finds itself up to its neck in financial trouble.

If this is “the best deal we [can] get” as the not-so-aptly named website “Save our SSMU” claims, then what is the point of unionizing, anyway? Few, if any, other student associations in Canada pay rent for their student centre, and meanwhile, at McGill, the issue threatens to hollow out student life. The administration, it seems, can do as it pleases without a whimper of protest from student politicians.

Like a recurring nightmare, the Shatner building fee referendum is back.

Ripping a page from last year’s playbook, the current executive has been quick to warn students of the consequences of voting the wrong way. Most of the campaign revolves around hammering home the message that a “no” vote is bound to be followed by draconian cuts – cuts which SSMU seems all too ready to implement. The website for the “yes” committee reads like a litany of worst-case scenarios and fails to mention the absurdity of paying for a quarter of the building’s utilities costs, on top of an already hefty rent. It almost seems as if the whole ordeal had been unavoidable from the get-go; the sky is about to fall on our heads, and there is nothing we can do.

It is the lease – and not the fee – that ought to be on the ballot. Instead of talking blithely about our “love [for the] building,” as SSMU says, we should be looking into ways to terminate the agreement. A lawsuit from McGill is far from certain, and if SSMU is probably willing to spend what is tens of thousands of dollars on the Tariq Khan court case, then it should consider setting aside a sum to fight the lease. I would rather pay for a yearly legal fee than settle for such a fundamentally bad deal. If nothing is done, then it is doubtful that SSMU will ever stop paying for the building’s utilities, even if the University suddenly found itself in a less financially precarious position. Backing out of the lease now might save us money in the long run.

It is the lease – and not the fee – that ought to be on the ballot. Instead of talking blithely about our “love [for the] building,” as SSMU says, we should be looking into ways to terminate the agreement.

Admittedly, the “yes” campaign is right when it says that SSMU needs to be saved. It needs to be saved from executives who have so far failed to stand up for student interests and, more importantly, from an administration that is all too eager to impose new costs on students while chipping away at the quality of their education.

While I am not encouraging students to vote one way or the other, a successful “yes” vote should be no cause for celebration. The lease and the new fee will help cement a precedent that is becoming increasingly difficult to reverse: a shift in costs from the University onto students.

Laurent Bastien Corbeil is a U3 student in Political Science and a former Daily news editor. He can be reached at bastiencorbeil@gmail.com.