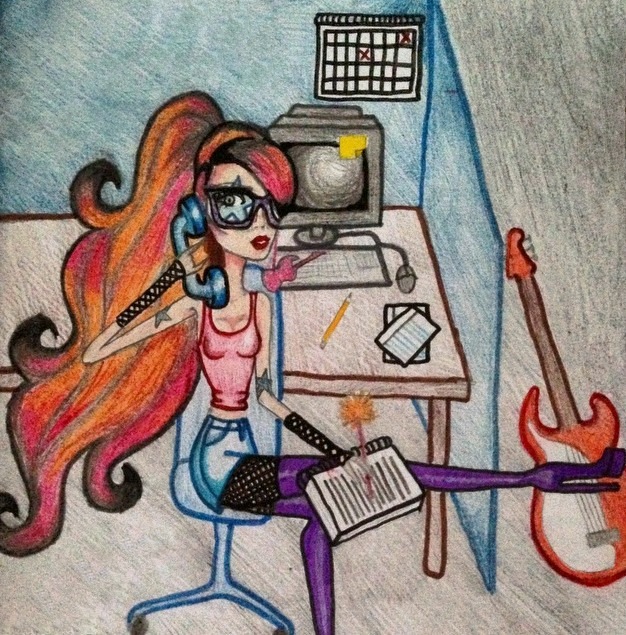 The tale of the troubled twenty-something artist is not exactly untold (go watch Girls if you disagree), but Jay Winston Ritchie’s new book Something You Were, Might Have Been, or Have Come to Represent brings a fresh, thoughtful, and local frame to the familiar story. Ritchie’s collection of short stories surrounds the loss and reclaiming of identity that young artists experience in the turbulent years of their early independence, set to a Montreal backdrop.

Ritchie, a Concordia-affiliated Montrealer and the editor-in-chief of The Void magazine, combines comedy and poignancy in this collection of stories with which many young people can easily identify. Ritchie explores the frustration of young musicians trying to reach fame through a lens that Ritchie claims is “more about being a person with creative urges, so being a person in general.” One story follows the existential crisis of a first–year university student faced with the task of introducing herself to a new world. Another depicts a teenager’s struggle to find his place when he realizes he is the most uninteresting person at a party. Some stories are about established musicians trying to maintain a career, but most stories feature characters just trying to write a song, with their identity crisis at odds with their creativity. The tale of a budding musician who works at a call centre may strike a chord for readers about to enter the workforce, alluding to that eternal struggle between doing what you love and earning enough to live. All of Ritchie’s stories bring up these sorts of important questions, subtly bringing the fears of a generation to light.

For a young student living in Montreal, Ritchie’s Something You Were, Might Have Been, or Have Come to Represent may invoke feelings of belonging, but also of nostalgia. Ritchie’s stories are mainly set within the familiar streets of Montreal, creating a rich but recognizable setting. From the perspective of a musician seeking fame, Ritchie describes Montreal as “unique since there seems to be so many different places to play shows. Like no matter what sort of music you want to make you can probably find a place that would be receptive to hearing it.” There’s a sense of intimacy with the Montreal that Ritchie describes, his sprawling murals and graffitied depanneurs all too familiar to a local reader. Reading his rendition of Montreal and being able to acutely visualize his scenery allows a surreal immersion into the stories.

Not only do the experiences and settings in Ritchie’s stories resonate, but the broader world he creates for them rings true as well. Ritchie doesn’t try to isolate his stories from modern society; instead, he embraces this generation’s obsession with pop culture and social media, and explores how this affects musicians searching for fame. This choice serves to strengthen his characters and their struggles, grounding them in a world that readers can easily sympathize with and understand. Twitter and Instagram pop up throughout the narratives; Pitchfork and Vice also get the occasional name drop. One story even ends with a surprisingly touching Mean Girls reference. Social media has a reputation for creating a disconnect from the world around us, but Ritchie doesn’t try to push any sort of agenda with his representation of social media. This lack of judgement from the author is a refreshing change from the ever-present pro- or anti–social media debate. Ritchie simply portrays how these digital networks have become intertwined with our social networks as unavoidable facts of a young person’s life (whether they like it or not).

Ritchie’s writing itself uses intimacy and immersion to make these stories a lovely read. The prose draws his characters into a languid state by using long, hazy descriptions of parties or leisurely narratives that span across days, but then abruptly speeding into a sharp, and often harsh, look into his characters’ subconsciouses. These sudden switches in tempo mix dream-like states with stark reality. The effect is stunning.

This deft prose allows the characters in Something You Were, Might Have Been, or Have Come to Represent to unfold and transform, to lose parts of themselves and regain something different. Ritchie uses music as a medium for expressing this transformative experience. “I can identify who I was or what I was thinking…” he says. “I hear a song or an album that changes my life and I think I’ll never have an experience so profound or life-altering again, but of course I do. There’s always something else to discover. “

As the new school year begins and many students try to transform themselves (or find themselves), this book might be a helpful resource for reaching that formative epiphany. Or perhaps simply as a comforting reminder that you are not alone in the confusion.