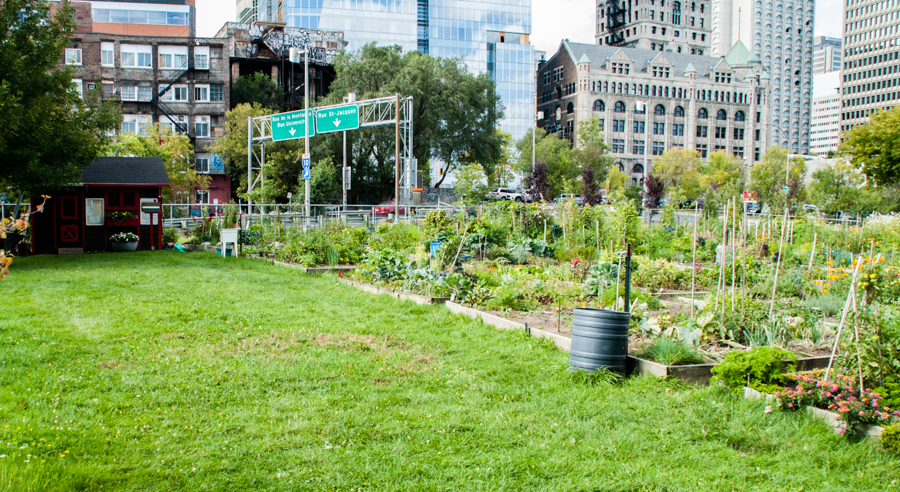 September 19 marked the final day of Bite Me!, the Concordia Food Coalition’s week-long series of events designed to introduce students to food politics. That afternoon, Satoshi Ikeda of Concordia’s department of sociology and anthropology and Hugo Martorell, co-founder of Justice Alimentaire Montréal, facilitated a group discussion on structural racism in food systems.

Ikeda began by challenging participants to reflect on the nature of racism and on their personal experience with it. Ikeda argued that “there are structural features of Montreal that do not favour certain groups of people” when it comes to access to food.

Using location as a barrier to food accessibility to illustrate his statement, Ikeda noted that Montreal’s major grocery chains tend to concentrate their stores in more affluent neighbourhoods, while at the same time raising prices in these areas. As a result, he explained, they are less accessible to low-income families, who often end up in one of the city’s ‘food deserts,’ forced to travel prohibitively long distances to reach a grocery store.

In a 2010 article, Le Devoir found 17 ‘food deserts’ in Montreal, including Faubourg St. Laurent and Montreal North. He stated that it is no accident that these areas are home to ethnic minorities. Statistics show that the average income of such groups is consistently below the national average. Ikeda explained that structural racism is at work in a world where your access to food depends largely on your income, and where your income is influenced, at least in part, by your race.

Ikeda noted that the consequences of this imbalance in food access are both far-reaching and difficult to counter. With fresh produce virtually inaccessible, many low-income families tend to rely heavily on fast food and the limited selection available at their local dépanneur. This, in turn, increases their vulnerability to diet-related health problems, from diabetes and heart disease to numerous vitamin deficiencies.

Addressing the problem of how to challenge the deeply entrenched structural racism in our food industry, Ikeda stressed the importance of regaining food sovereignty. “To me, sovereignty is not just to know, but to have control over [where our food comes from],” said Ikeda. “If it comes from your backyard, you have 100 per cent food sovereignty.”

As first steps toward food sovereignty, participants suggested participating in an urban agriculture project to support local and organic farmers, as well as spreading the word about food health in areas where education on the topic may be lacking.

One participant raised the question of whether a particular entrepreneur can be morally faulted and held personally responsible if they disadvantaged certain groups when trying to maximize their profits. Ikeda answered that it would be too easy to simply blame the system and shrug off individual responsibility. The discussion group did not come to a consensus on this issue.

Several attendees also commented on how valuable they thought the exchange of perspectives had been. “I’ve been looking for this kind of conversation for a long time,” said one attendee. “I admit, I’m under-educated, and there’s no way I could be fully educated – because I’m not everyone.”

In closing, Ikeda cautioned attendees on their implication in food racism. “I try to make each student realize that you are actually implicated in the discriminatory structure […] often, you are even its beneficiaries,” said Ikeda. “We are all victims, but we are also implicated.”