Exploring the mysteries of meditation 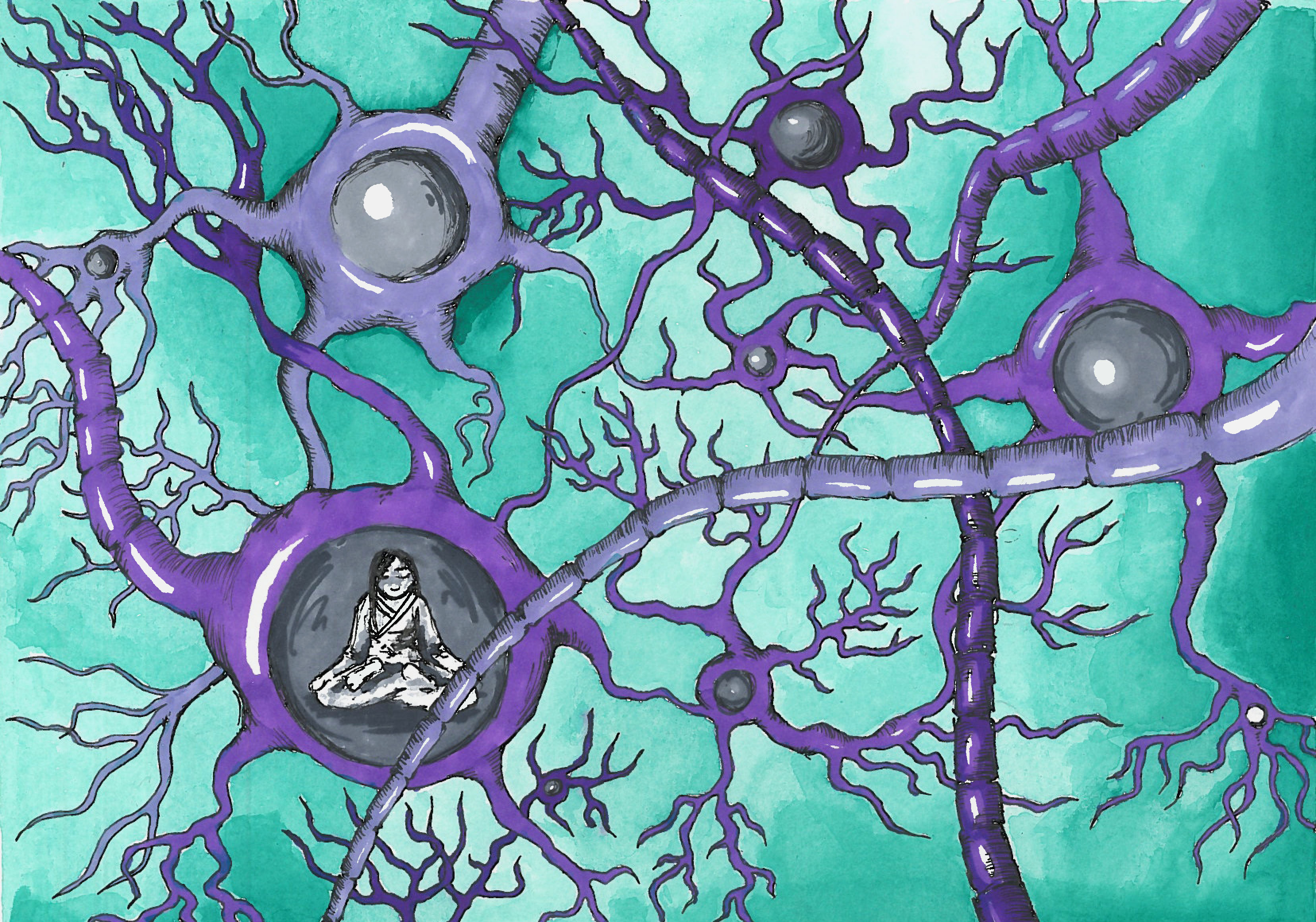 In the past, the brain has been viewed much like a machine, programmed permanently and unchangeably. If its circuits sustained injury, the resulting damage was thought to be irreparable. However, with the invention of brain-imaging technologies like magnetic resonance imaging (MRI), scientists now have the ability to watch the working brain in action. This has led to numerous revelations – with perhaps the most prominent surrounding neuroplasticity.

Neuroplasticity is the brain’s ability to rewire itself, and even create new neurons. It was previously believed that only young brains had these capabilities, but research has shown that the brain remains changeable well into adulthood, and even old age.

The discovery of neuroplastic processes has had groundbreaking implications. In the world of medicine, stroke victims have recovered their faculties, and painful phantom limbs have been cured. In the world of psychopathology, depression and anxiety disorders have been overcome through changes in thought patterns. Even for the everyday person, the understanding of neuroplasticity has created new opportunities. The brain’s control over us is no longer a one-way street. We have power over our brains, simply through the experiences we choose to pursue. This idea has opened up a new field of research, and numerous studies investigating brain-enhancing activities have emerged in its wake. One of the main subjects of such research is meditation.

Though meditation can be viewed solely as a method to de-stress, its benefits extend far beyond relaxation. The practice can actually alter neural structures. A 2007 study published in Social Cognitive and Affective Neuroscience compared the brains of 20 experienced meditators to controls, finding that meditators had increased brain mass in regions associated with memory formation, emotional control subjects, and attention. It was also found that meditators 40 to 50 years of age had grey-matter volumes that were comparable to those of control subjects who were 20 to 30 years old – in other words, their brains resisted the effects of time and showed reduced age-related thinning. Some studies have even found that experienced meditators have decreased pain sensitivity and heightened compassion.

The brain’s control over us is no longer a one-way street. We have power over our brains, simply through the experiences we choose to pursue.

Many studies following non-meditators through meditation training have found similar results. A team at Massachusetts General Hospital compared differences in brain structure before and after participants took part in an eight-week meditation program, finding that an average of 27 minutes of practice per day was enough to show a visible increase in brain density in areas associated with learning, memory, self-awareness, and introspection.

Even meditation’s well-known effect on stress, largely credited to its relaxing nature, has been found to be a by-product of its effect on brain structure. Meditation is thought to loosen neural connections between the brain region responsible for information about ourselves and areas related to sensory information and fear. This results in a lessened personal reaction to stress, anxiety, and unpleasant feelings such as pain or itching.

Due to its well-publicized effects on the mind, meditation has rapidly gained the reputation as a ‘cure-all.’ Although it has many benefits, meditation may also hold a few drawbacks. Studies have found that because of its effect on mindfulness, meditation could block the mind-wandering processes involved with creativity, and have negative effects on habitual processes, such as riding a bike. Such procedural activities are learned implicitly, or mindlessly, so meditation may interfere with their execution.

Another potential hazard of meditation lies in the world of psychopathology. Although evidence suggests that meditation can reduce symptoms of depression, obsessive compulsive disorder, and anxiety disorder, its practice can have a very negative effect on people with schizophrenia, and studies have revealed cases of meditation-induced psychosis. Ishan Walpola, a research assistant at Amir Raz’s psychology lab at McGill, further described why this might occur. “There’s a neural network for the internal world, which involves thoughts and feelings, and for the external world, which monitors what is happening around us,” Walpola explained. For most people, only one of these networks can be active at a time. You can either focus on your surroundings or your internal world of thoughts and feelings, but not both. Some forms of meditation focus on dissolving the distinctions between such dualities. To people with schizophrenia, this can be detrimental, because it can interfere with the ability to distinguish between external and internal worlds.

Even individuals without any psychological ailments have reported unpleasant, and even traumatizing meditative experiences. Shortly after Hans Burgschmidt, a Canadian “spiritual seeker,” began the practice of mindfulness meditation, he had a strange experience while making his bed. His thoughts seemed to be happening in space, without reference to him. With no warning, his “self” had disappeared. Though such an experience might have been hailed as “enlightenment” by an experienced meditator, Burgschmidt called it “terrifying and alienating.” For the past seven years, he’s been dealing with similar frightening experiences – and he’s not alone. Burgschmidt has been helping others like him cope with similar problems. These kinds of unpleasant reactions may be due to a lack of cultural context in Western meditative practices.

Walpola elaborates, “In the Buddhist tradition and context, there is a historical precedent for the meditative experiences where you lose your sense of self. This isn’t present in the Western mindfulness tradition, which is a stripped-down, secular form. Although meditation is hailed as a cure-all, there are elements of it that should be hailed with caution and with context.”

The flip side of Burgschmidt’s experience is what most meditators call “enlightenment,” or what the mystics of the world term “the true self” or “nothingness.” Though its scientific explanation remains elusive, meditators describe “enlightenment” as a shift from the self-focused, personal perspective that most people embody to a more grounded, selfless experience of the world. This in turn leads to reduced stress, increased happiness, and higher levels of fulfillment.

At Harvard’s Functional Neuroimaging Lab, the process of “enlightenment” was observed occurring in the brains of two expert meditators. During these periods, the brain regions responsible for higher cognitive function showed a dramatic increase in activity. Further study is required to fully understand such processes, but this type of research provides a glimpse into the less understood aspects of meditation.

When it comes to phenomena such as “enlightenment,” research is restricted by the lack of regard that scientists have for the subjective experience of meditation. Most researchers focus on the clinical applications of meditation practice, with little consideration of its spiritual origins and potential. Yet, at McGill and around the world, a new generation of students is entering this field of study, many of whom wish to pursue research into the spiritual aspects of meditation. Perhaps in our lifetime, we will know the full extent of meditation’s effects.

Although meditation has potential hazards, these can be mitigated through caution and careful study. Few people have the negative experiences discussed above, as the vast majority of meditators report heightened connections to experiences, higher levels of happiness, and a greater presence in the moment – and let’s not forget its effects on brain structure and aging. Though it certainly isn’t a cure-all, meditation is a practice that can be highly beneficial if it is exercised with caution.