The Daily liveblogs the General Assembly 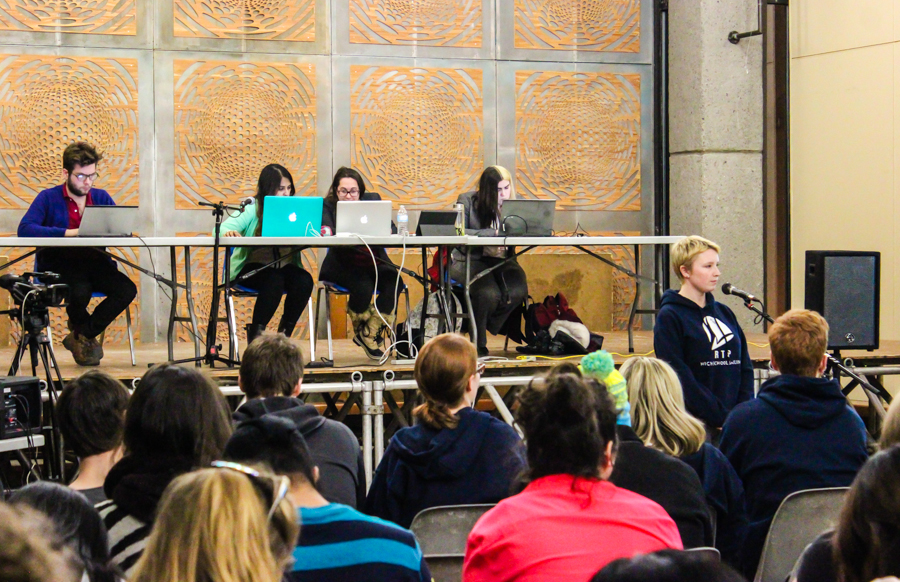 On February 5, the Students’ Society of McGill University (SSMU) held their Winter 2014 General Assembly (GA), with three out of four proposed motions passing with quorum.

The first motion concerned students’ Academic Assessment rights, and resolved to include the rights on course outlines and in the Student Handbook in a bid to increase awareness. The motion passed without debate.

To address a lack of action by SSMU’s Ad-hoc Committee on Sustainability, a Motion Regarding Sustainability at SSMU resolved that the Committee make an actionable recommendation by the end of Winter 2014. The motion passed without debate.

The third Motion Regarding the Timely Distribution of Course Information also passed without any debate. The motion resolved for SSMU to lobby the administration to make course information available “as early and as accurately as possible” to help students better balance their course loads.

The only debate of the night arose over the Motion Regarding the Guarantee of Freedom of Dress in the SSMU Building, which was moved by petition in response to a blanket ban enacted by SSMU on the lab coats of the Plumbers’ Philharmonic Orchestra (PPO). The motion resolved for all standing blanket bans to be lifted, and for offensive garments to be evaluated on a case-by-case basis. The efficiency of this system was challenged, and several attendees questioned why the PPO wouldn’t take responsibility for the inoffensiveness of their own lab coats. The motion was passed, but only as a Consultative Forum, as quorum was not met.

A fifth motion regarding the Comprehensive and Economic Trade Agreement (CETA) and the Trans-Pacific Partnership (TPP) was deemed external by SSMU’s Steering Committee, therefore requiring a quorum of 500 students to enter debate, which was not met.