How additive manufacturing gives the power of design to the people 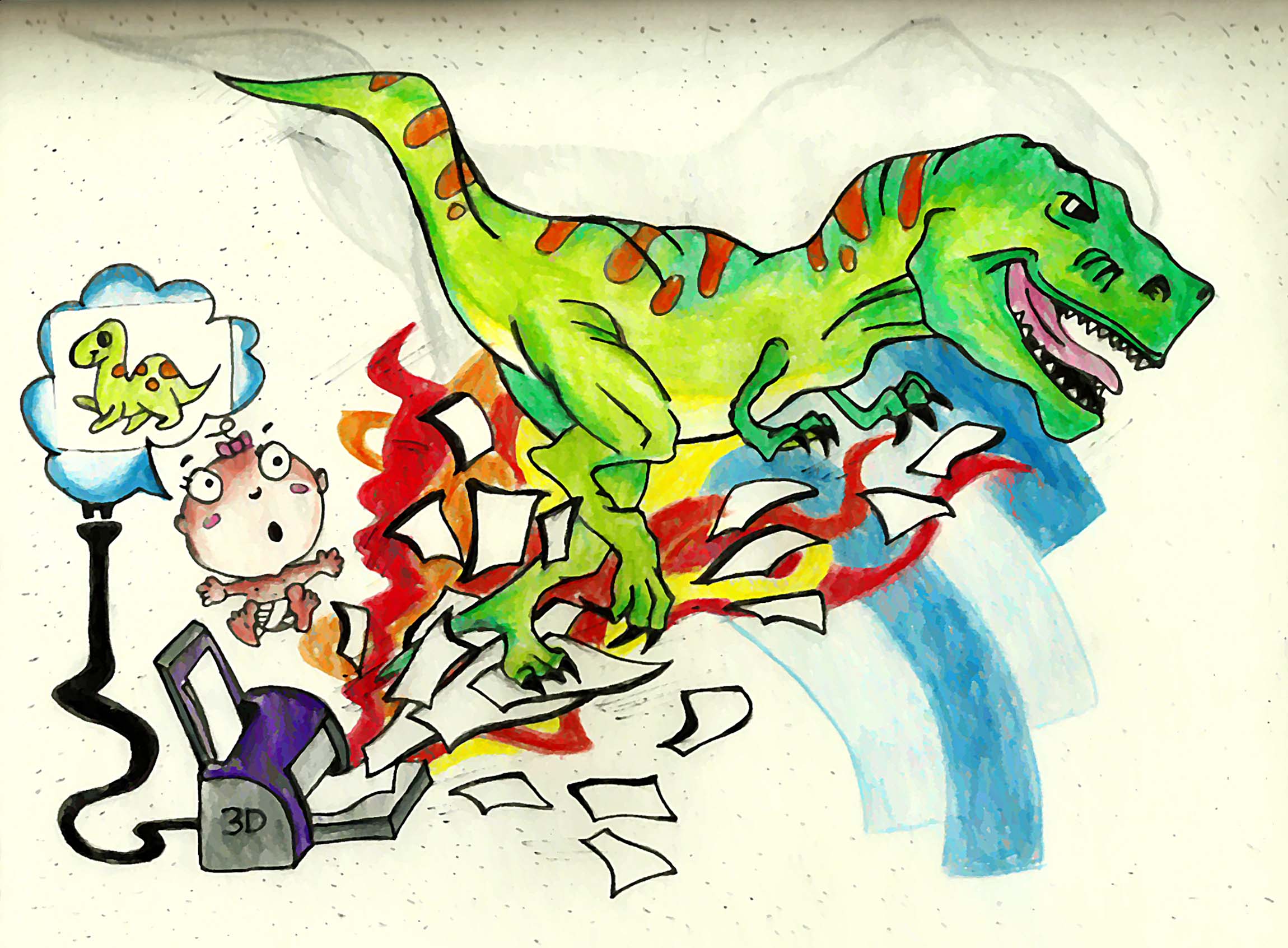 “I’d love to tell you what’s coming down the pipe, but if I do, I could literally go to jail,” said Bre Pettis, the chief executive officer of MakerBot. MakerBot is a 3D printing company based out of Brooklyn that was recently acquired for $403 million by Stratasys, a larger 3D printer manufacturer. Pettis talked to The Daily about the future of 3D printing and design. Because of a legally binding promise of secrecy, his discussion of the future for their iTunes-like digital store was shrouded in mystery. The service, released in January, allows anyone to purchase the design file for a 3D model design, created in-house at MakerBot. This will ultimately allow individuals to print an assuredly high-quality product with their own 3D printing device.

3D printing is an additive manufacturing technique and is often referred to as a ‘disruptive’ technology. This means that it’s going to force many industries to change and adapt, as the internet did in the 1990s. As Pettis explained, “It makes ordinary people feel empowered.” The first step in revolutionizing the layperson’s ability to design is to give them the right tools. Right now, many powerful design software platforms are inaccessible. Programs like SolidWorks and AutoCAD are expensive (Solidworks is $150 for a student, and several thousand dollars for everyone else) and are difficult to use even for those with technical experience. MakerBot’s upcoming app, PrintShop, hopes to change that by making the design process more user-friendly. “We’re coming at it from the other way by making it absurdly easy to use, [with] super friendly tools […] We’re making it so easy for people to be designers that by the time they’ve made something, they sort of realize in retrospect that they’ve made something,” Pettis said proudly. “I think we’re converging on a time where it’ll be a lot easier to design things.”

Producing a vast new generation of designers might be the secret ingredient needed to convince future adopters of desktop 3D printing devices that the products of the advanced manufacturing technique are worth the investment. Fiona Zhao, a professor in the faculty of Engineering at McGill, believes that older, more experienced designers may be unable to design in a world absent of conventional manufacturing constraints. Zhao expects that it’s going to take a new generation of fresh, inexperienced individuals to take full advantage of additive manufacturing technology. I asked Pettis if he agreed with this. “My great grandfather had a radio, and my grandfather got to see TV happen. My dad got to see computers happen. But then when you look at what’s happened in just the last twenty years […] I think we’ve probably had ten generations of technology happen in ten years. So your professor may be right that it’ll take a generational change, but my guess is that the generational change will be faster than ever before,” responded the MakerBot CEO.

“I think we’re converging on a time where it’ll be a lot easier to design things.”

The International Chamber of Commerce expects that by 2015, counterfeit goods globally will exceed $1.7 trillion, over 2 per cent of the world’s total current economic output. The desktop 3D printing industry is paving the way for amateur designers, but it is also distributing tools that allow for professional designs to be easily imitated. There’s a whole group of patent holders trembling in their shoes at the thought of someone taking away their intellectual property. For example, you’re browsing the aisles of Bed Bath & Beyond and you come across some napkin rings that would be perfect for that upcoming dinner party to which you regret inviting your boss. You go home and find that someone has created a 3D model of napkin rings which, for your purposes, will do just fine. You download the file from an online design repository and send it to your personal 3D printer. A short while later, you have made yourself awfully similar napkin rings for a fraction of the cost. Or you could use Shapeways, another New York-based 3D printing company which will do the printing for you. They might even be monogrammed for each guest.

There may be a solution, or at the very least, a method of combat that doesn’t require restricting the evolution of technology. In the future, professional designers and their retail outlets may be able to sell models on online 3D print design repositories. This would provide a logical step in protecting designs that can be replicated on a desktop 3D printer. Perhaps companies like MakerBot will open the doors to their Digital Store and allow professionals to sell their designs; or maybe designers and companies will open their own digital stores.

Pettis, unable to disclose any information about the future of the Digital Store, detailed his views on the current position of the service. “In many ways, it’s an experiment. We’re going to find out if people are willing to buy 3D models.”

Shapeways has already begun this practice by selling 3D printed objects designed by anyone. However, they sell the physically printed objects rather than the digital design files. Since anyone can submit designs, there is no assurance of quality. This also applies to MakerBot’s Thingiverse, where anyone can offer their designs for free. If the price of a certifiably high quality design is valued at a lower cost than the time and effort it would take to steal and print the file illegally, then maybe people will embrace this type of service – as iTunes and Netflix have done with the music and film industries, respectively.

The sun is just starting to come up for 3D printing. The concept is staggeringly simple, but the doors it will open for both industry and individuals are still undiscovered. As design becomes easier, the industry will work to find ways to solve the problems this may cause. While the curtains on the endless possibilities won’t rise instantaneously, companies like MakerBot are catalyzing the industry’s growth. You might be your own industrial designer sooner than you think.