Awareness-raising workshops in development for Winter 2014 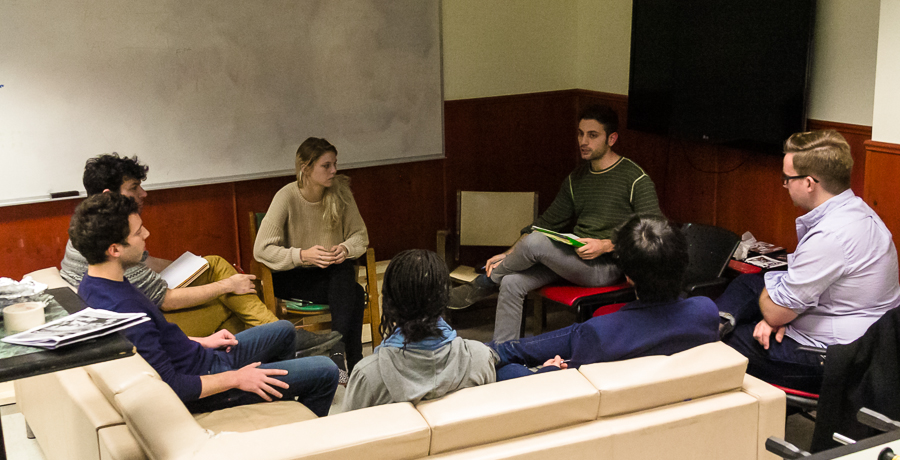 Tegho noted that the Faculty currently faces “problems regarding inclusivity,” such as “problematic titles for events, or events and Frosh that are all about drinking and do not include non-drinking options.” He additionally mentioned the presence of rape culture in engineering events such as “engineering chants during Frosh [that] mock people from other schools and other faculties.”

At the end of the discussion, one participant, reflecting on the entire talk, noted that, despite the new ideas being introduced, “there’s still a lot of work to be done to reach our end goal.”

“[The chants] give mixed messages about Frosh and being equitable,” stated Josh Redel, a participant in the discussion, and former president of SSMU in 2012-13 and EUS in 2011-12.

Some ideas to alleviate equity issues included introducing safer space through workshops, Frosh, Rez Project, and professors in a classroom setting. A main goal for the discussion was to find ways to fit social equity and justice into the Engineering curriculum to make students aware of the importance of instilling an atmosphere of safe space within the Faculty.

According to Redel, the EUS lacks policies related to social sustainability and equity “because of [the Engineering Faculty’s] extremely rigid curriculum.”

“People will not go to something they perceive as a joke,” he said. As a result, Tegho noted in a follow-up interview with The Daily that he strives to make the equity policy in Engineering “more active rather than reactive.”

Another equity issue among Engineering students discussed at the meeting was “the classroom experience” which, for example, excludes “pronouns other than he [and she]” and “allows for racist and transphobic comments and jokes,” said Tegho.

A participant at the meeting also mentioned that EUS should “approach social equity to Engineering students differently than it would with students of other faculties because engineers are quick to tune things out.” This situation, noted Tegho, creates “a lack of support toward people who experience intimidation, and any kind of oppression.”

To resolve issues such as the ones listed above, Tegho, along with others in attendance, agreed that holding workshops in Winter 2014 and thereafter could be an effective way to teach students about the idea and effects of creating a safer space.

Another idea included critically analyzing the work of students in the EUS and organizers of EUS events to “provide them with tools and resources,” such as a checklist, that “make the EUS more inclusive,” noted Tegho in an interview with The Daily.

He also mentioned that communicating with professors about equity could be useful; for instance, one of the professors teaching FACC 100: Introduction to the Engineering Profession, is “looking for ideas and inputs,” implying that the course’s curriculum allows space for the inclusion of “the subject of equity.”

Tegho noted that overall, “the talk was successful because it brought lots of good ideas.”

At the end of the discussion, one participant, reflecting on the entire talk, noted that, despite the new ideas being introduced, “there’s still a lot of work to be done to reach our end goal.”