The wonder of words

A look at psycholinguistic research

How do bilinguals juggle the different languages they know? Under the direction of Debra Titone, a professor in psychology at McGill, the Titone lab marries the studies of psychology, linguistics, and neuroscience to investigate how bilinguals and monolinguals understand and produce language.

The lab is currently studying how bilinguals – particularly English-French bilinguals – manage their knowledge of multiple languages.  To address this question, Titone and her students have investigated cross-language competitors.  Cross-language competitors, as Titone explains, are words that overlap across languages as to how they look or sound, but vary in meaning (‘chat,’ in English and French).

While it is perhaps easy to imagine that a bilingual’s brain switches off one language when using the other, there is evidence that both languages are active simultaneously.  At the Titone lab, researchers monitor behavioural changes such as eye movements to understand how the brain resolves such ambiguities during reading, listening, and production activities.

They also investigate how factors such as second language proficiency and cognitive capacity play a role, and whether bilingual experience produces structural brain changes. Using neuroimaging techniques such as functional magnetic resonance imaging – a tool used to measure brain activity by measuring changes in blood flow – they look at whether bilingual experience produces structural changes in the brain.

One may often think of the single word as the functional unit of language; however, written or spoken language often comes in multiword chunks. To address this, the lab looks at the extent of a bilingual or monolingual person’s sensitivity to formulaic sequences (the chunks of speech) during comprehension and production including how they respond to idioms or other figures of speech.

A look at language-impaired populations also provides important insights. Schizophrenia is classified as severe neurophysiological disorder that is obviously very different from dyslexia. By contrasting language and basic reading skills in people with dyslexia and schizophrenia, Titone has found evidence to suggest that similar regions of the brain implicated in reading are affected in both disorders. As a result, language processing may be similar as well.

The Titone lab also conducts bilingual and monolingual research on other aspects of language, such as emotional word processing and language processing in healthy, older adults. Ultimately, they hope to contribute to a more holistic understanding of our language production and comprehension. 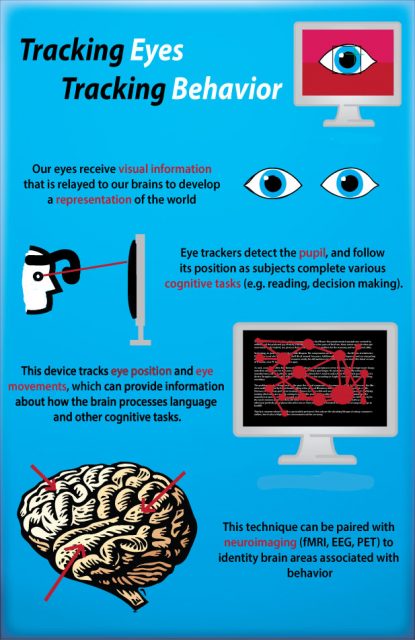