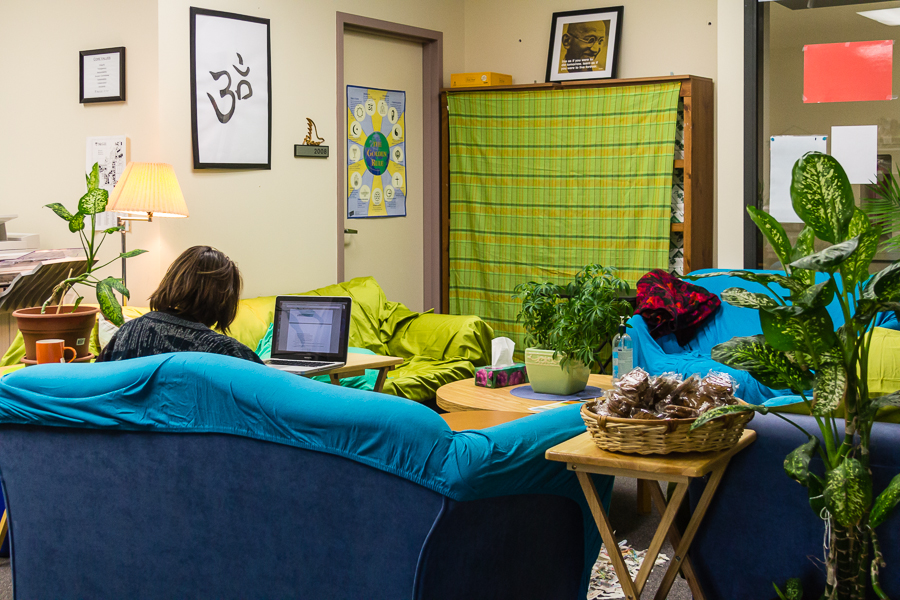 McGill Chaplaincy Services has relocated to a new, more visible location as part of the relocation of several student services at the end of the Winter 2013 semester. Staff hope that the new location will be more accessible to the student population at large.

Chaplaincy Services focuses on promoting spiritual and religious well-being among students of the McGill community.

While still located within the Brown Student Services building, it has been moved to Suite 2100 on the second floor, where the Campus Life and Engagement office (formerly known as the First-Year Office) was previously located.

“Lots of students drop in whereas before nobody came by accident,” said Ricker. This may partially be because the new office features large glass windows, increasing visibility.

The downsizing of the services due to relocation did cost Chaplaincy Services the winter coat program, which provides free winter coats to international students. The program has not been scratched altogether, but is now being run by International Student Services (ISS), which also relocated this year.

ISS is now located on the fourth floor of the west wing in the Brown building – Chaplaincy Services’ previous location. Whereas Chaplaincy Services once had a whole room to store these coats, Ricker said they will now be placed in the hallway.

The relocation of Chaplaincy Services came as part of a larger decision to move services around. “[It involved a] big committee with many different players,” according to Jana Luker, Executive Director of Student Services.

The process began when the Office for Students with Disabilities (OSD) moved to the foot of McTavish and vacated a large space in the Brown building. The vacated space was then taken up by the Scholarships and Student Aid Office (SSAO), also previously located separately in the Brown building.

Luker stated that it “didn’t make sense” to have ISS sharing space with assistants from SSAO, especially when part of SSAO’s staff was already in its own location. The committee decided to concoct what they called a “win-win situation.”

Since the population of international students increases each year and thus needs more advisors, ISS was in need of a larger space, leading them to take over what had previously been the Chaplaincy Services office. Chaplaincy, looking for increased visibility and accessibility, took over the old First-Year Office, explained Luker.

The money for the move came from the Student Services’ budget, according to Ricker.   The relocations of offices resulted in the merging of two services but no loss of services, according to Luker.

Ricker went on to state that “right now, in the face of budget cuts that are [limiting] McGill services, we’re here to help protect [such needs].”

“[We want to help] all students feel safe and cozy and relaxed to help deal with pressures of being a McGill student.”