The (sort of) new frontier in gaming at Montreal Comiccon 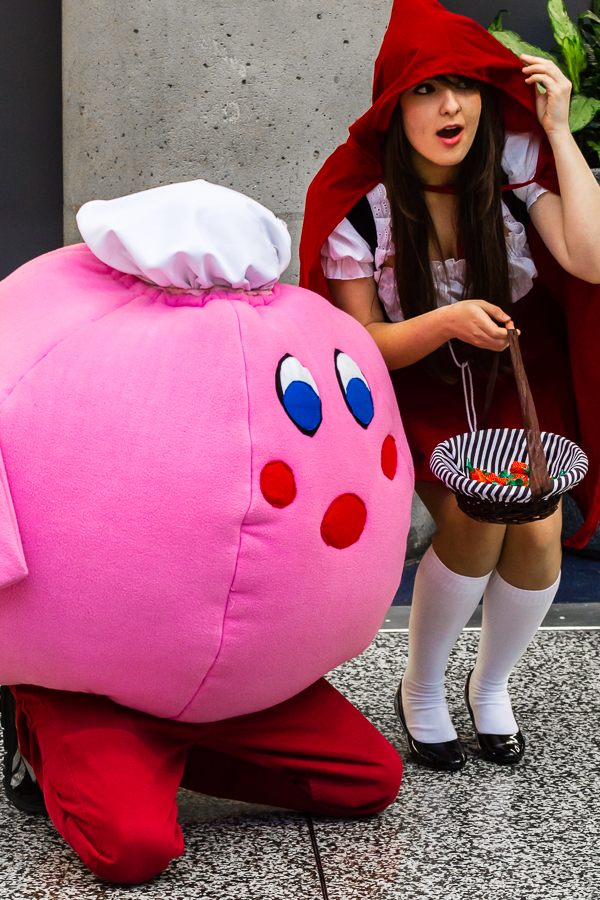 “If you’re not indie, &%$# you” was the (only partly) tongue-in-cheek title chosen for the workshop on indie gaming at Montreal Comiccon 2013. Hosted by Execution Labs, an organization that provides mentorship, funding, and growth opportunities to gaming start-ups, it featured a panel of game developers who had ‘jumped off the cliff’ (i.e. quit Ubisoft or EA) into the perilous ocean of independent game design.

If descriptions such as “dungeon crawler game with some rogue elements” or “turn-based survivor RPG with some permadeath elements” get your pulse racing and your thumbs itching, there’s a new genre to explore; or rather, a genre that’s been around for ages and is reaching a renewed level of prominence. DIY-designed games made and produced independently of a gaming corporation have been around since the early days of computers, and were certainly springing up like pixelated daisies long before Sony, EA, Ubisoft, and Nintendo came to monopolize the gaming market. But in the heyday of the console-based gaming industry, if you wanted to game, you basically had two options – go to an arcade, or buy a console.  Those options necessitated you partake in the industry’s releases, designed by a flurry of worker ants who spent their entire working lives making eyebrows for Assassin’s Creed, and sold for extremely high prices on already-expensive consoles. But with the expansion of cellphone technology, everyone has a potential gaming device in their hands.  And with open source avenues such as the App Store and Google Play, anyone can get their idea out there.

Another factor that has egged these indie gaming initiatives on is social media. A constant theme at the workshop was ‘don’t make your game in the dark’; launching a Facebook page to promote your project not only gets the word out, but it’s an invaluable source of feedback.

Talking to Chris Powell of Imaginary Games (one of the start-ups that Execution Labs works with) after a panel, I was curious to ask exactly what he meant when he mentioned female players were a demographic that wasn’t enjoying 3D graphics as much as 2D. It turns out that Facebook analytics told the group that 70 per cent of those interacting with the page were girls, and that test graphics in 2D received more positive feedback than those in 3D. While this can hardly lead to a conclusion that female gamers are less stoked about 3D graphics, it certainly seems useful for a creative director.

This led me to question Powell about participation of women in the gaming world in general. In his experience, there does seem to be a labour divide. The two women in his group, Imaginary Games, are painters and illustrators (and they comprise two of the three women on all the teams currently supported by Execution Labs, according to information available on Imaginary Games’ website). One of them, a co-founder named Elin Jonsson, recently won the “Most Prominent Female Developer” award at the gaming association Casual Connect. Her prize, as displayed in a photo uploaded to Imaginary Games’ Facebook page, was jewellery from Tiffany’s.

There are further challenges facing the indie gaming industry. Jason Della Rocca, co-founder of Execution Labs and host of the panel, pointed out that the big gaming corporations are starting to catch on to the wealth of creativity and motivation driving these start-ups, and have begun to incorporate this into their latest consoles. For example, the upcoming ‘eighth generation’ of home consoles, and the crowdfunded Ouya, which runs Android software and can be used as a developing kit (this itself is a new genre of console, and could be described as truly ‘indie’). Of course this is exciting; corporations are acknowledging the underdog, providing a platform for creative expression, and broadening the variety of gameplay and open source mentality. But if free games created by indie developers become widely played by major console gamers, who is profiting? The group that gets millions of people playing their game for free, or the company selling the consoles to those players? Already, indie developers as well as established corporation apps are benefiting – to a huge extent – smartphone companies like Apple, as applications become a must-have day-to-day accessory in the mobile communications world.

The future is certainly bright for indie developers – the platforms and the technology are out there for anyone to do their thing.  But be aware of the dark side: going indie means you are independent in every sense of the word. You are your own PR, legal team, creative director, CEO, CFO, business manager, the whole shebang. Familiarise yourself with the risks, do your research, set realistic goals, and put yourself out there.