A year after the march, evidence remains dead 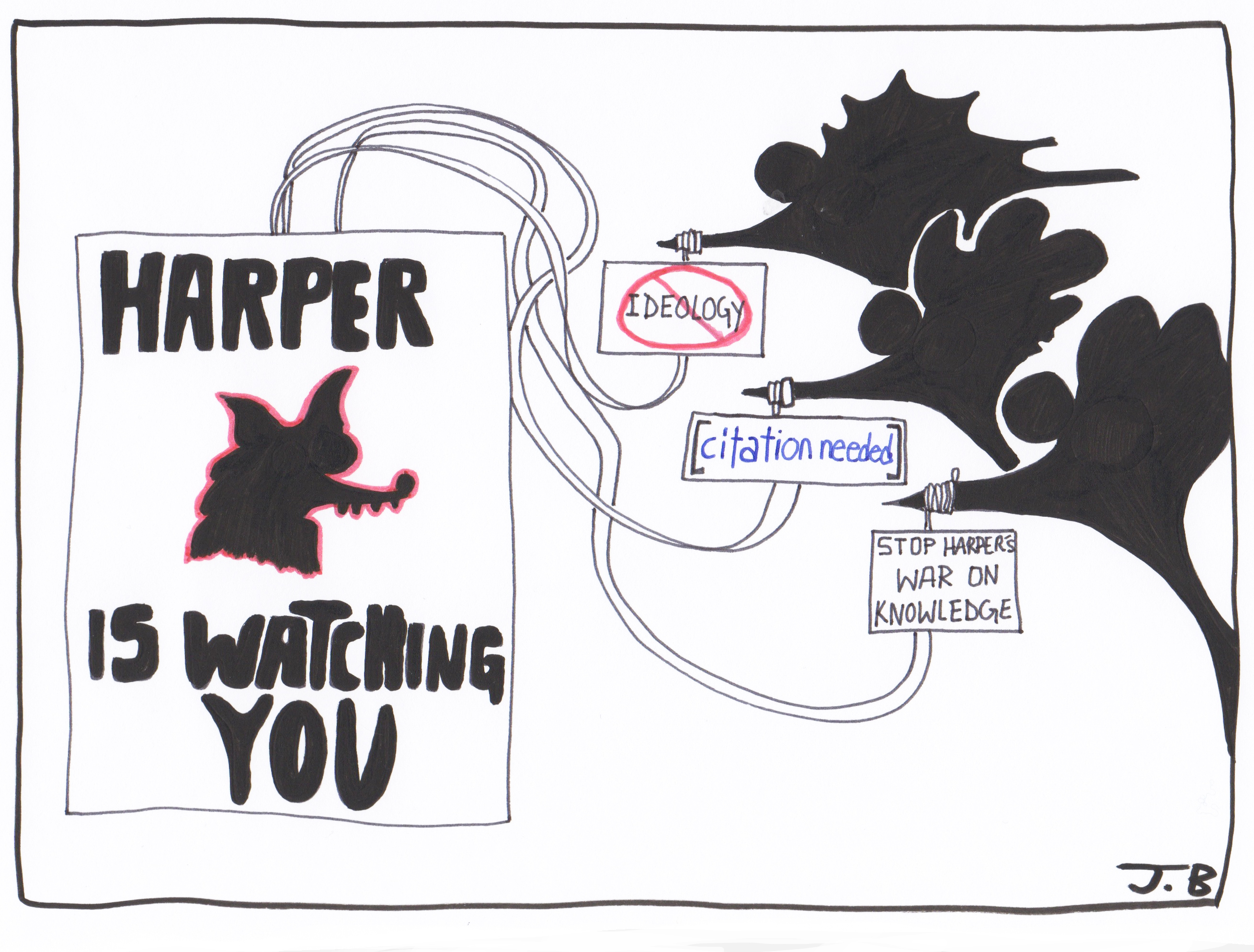 Last summer, a rally of over 2,000 researchers, scientists, and students gathered on Parliament Hill to protest a federal trend of scientific censorship that began when the Conservative party took control of the Federal government in 2006. For the protesters, the government had crossed the line with numerous budget cuts to environmental research programs, extensive job cuts to Agriculture and Agri-Food Canada and the Department of Fisheries and Oceans, and numerous restrictions on investigators’ communications with the media. Almost one full year has passed since the “Death of Evidence” protest, and Canadians have yet to see any progress by the Conservative government concerning their policies of scientific oppression. Though the main tide of dissatisfaction has dissipated, the situation remains much worse than many realize.

The problem lies chiefly in the government’s insistence on being increasingly industry-driven. ‘Applied’ research models, primarily in oil sands extraction and mineral mining, are rapidly replacing ‘pure’ research in the form of environmental and zoological investigations. At a press conference in May, The National Research Council’s president, John McDougall, commented on the council’s new business-oriented direction, claiming that “if [a discovery] doesn’t turn into something that’s used, it’s really of no value, and it shouldn’t qualify as an innovation until it’s developed into something that has commercial or social value.” Meanwhile, environmental research groups concerned with investigating the negative impacts of the mineral resource industry continue to experience drastic funding cuts; the Experimental Lakes Area face potential closure to save $ 2 million a year in federal funding, while the Department of Fisheries and Oceans (DFO) is currently experiencing a $ 100 million cut over three years.

These funding cuts become much more worrisome when we consider the increasing accounts of the government’s direct and indirect censorship of government researchers. This past February and March, the federal government has placed a number of excessive restrictions on investigators – often to the extent of preventing existing research from being published due to conflicts with public policy.

University researchers have witnessed first-hand the restrictions placed on their government-employed colleagues. In an interview with The Daily, Alfonso Mucci, a professor in McGill’s Department of Earth and Planetary Sciences, recalled a specific incident this past year while working with a scientist from the DFO. “We had a request from journalists at Télé-Québec to shoot a documentary on the work we were doing, and since the chief scientist was a government worker they had to get special permission to get on board.”

Mucci went on to clarify that even though the journalists were allowed on-board, “They weren’t allowed to interview [the chief government researcher] or take a picture of him… he was not allowed to speak to them beyond the technical description of what [we] were doing at sea.”

To add insult to injury, the media has come under public fire from the federal government, receiving numerous open criticisms from top officials about their ‘attitude’ on federal business policies. Tony Clement, president of the Treasury Board of Canada, recently criticized David Suzuki and other environmentalists for opposing the Energy East Pipeline project which he claimed would bring jobs and energy independence. Federal Natural Resource Minister Joe Oliver insisted, in an interview with La Presse on April 12, that the climate change issue is “exaggerated,” citing no specific scientists as a source. Meanwhile, the oil and gas industry is openly praising Parliament for amending significant changes to “outdated” environment preservation laws back in 2011.

Indeed, the current federal government’s attempts at information control are undeniably detrimental to scientific research, often limiting facts regarding negative side effects of their corporate energy projects. Despite the urgent warnings of many of the nation’s leading environmental academics, Prime Minister Harper continues to relentlessly advocate the Keystone XL project – a plan to build a pipeline stretching from Alberta to the Texas Gulf coast.

Action against these policies has also been fruitless. The Death of Evidence protest, which drew over 2000 frustrated scientists, have received little to no acknowledgment from the government.

In an interview with The Daily, Adam Oliver Brown, a professor at the University of Ottawa, recalled his participation in the protest last summer, stating, “What was most exciting about [the movement], was that it was organized by scientists and performed by scientists.” The significance of the event, he claims, lay mainly in the participants themselves. “Scientists are typically not the kind of people to go out and make a fuss, and the fact that we got thousands of people, most of whom were wearing white lab coats, …really sends a strong message that something has to be done.”

It seems, however, that the protest has done little to deter the federal government from their Draconian communications restrictions. “If anything, it’s gotten worse,” mentioned Mucci while speaking of the events of the past few months. The Harper government continues to restrict information produced by tax-funded research from those who actually fund it: the people.

Although both researchers know of no organized opposition at this point in time, they are not giving up hope.

“We have to keep the conversation alive…keep the story front and centre,” insisted Brown. When asked how to combat the problem, Mucci encouraged university-employed scientists to “be more vocal and more available to the media” as a way of getting important research findings out in the open, especially those muzzled by the Conservatives’ media-relations officials. “I have no qualms with talking to the media,” Mucci mentioned. “I make a point of being as available as possible.”

Given all that has happened in the past few months, it is disturbingly evident to what extent the Harper government is willing to go to protect its corporate interests. For now, open communication, consistent opposition, and patience seem to be the only ways of combatting this decidedly ludicrous system of scientific and environmental intolerance.

The article previously had an uncorrected quote from The Toronto Star with John McDougall stating “Scientific discovery is not valuable unless it has commercial value”. In fact, he said that “If [a discovery] doesn’t turn into something that’s used, it’s really of no value, and it shouldn’t qualify as an innovation until it’s developed into something that has commercial or social value”. The Daily regrets the error.