The need for critical investigation into industry-funded clinical trials 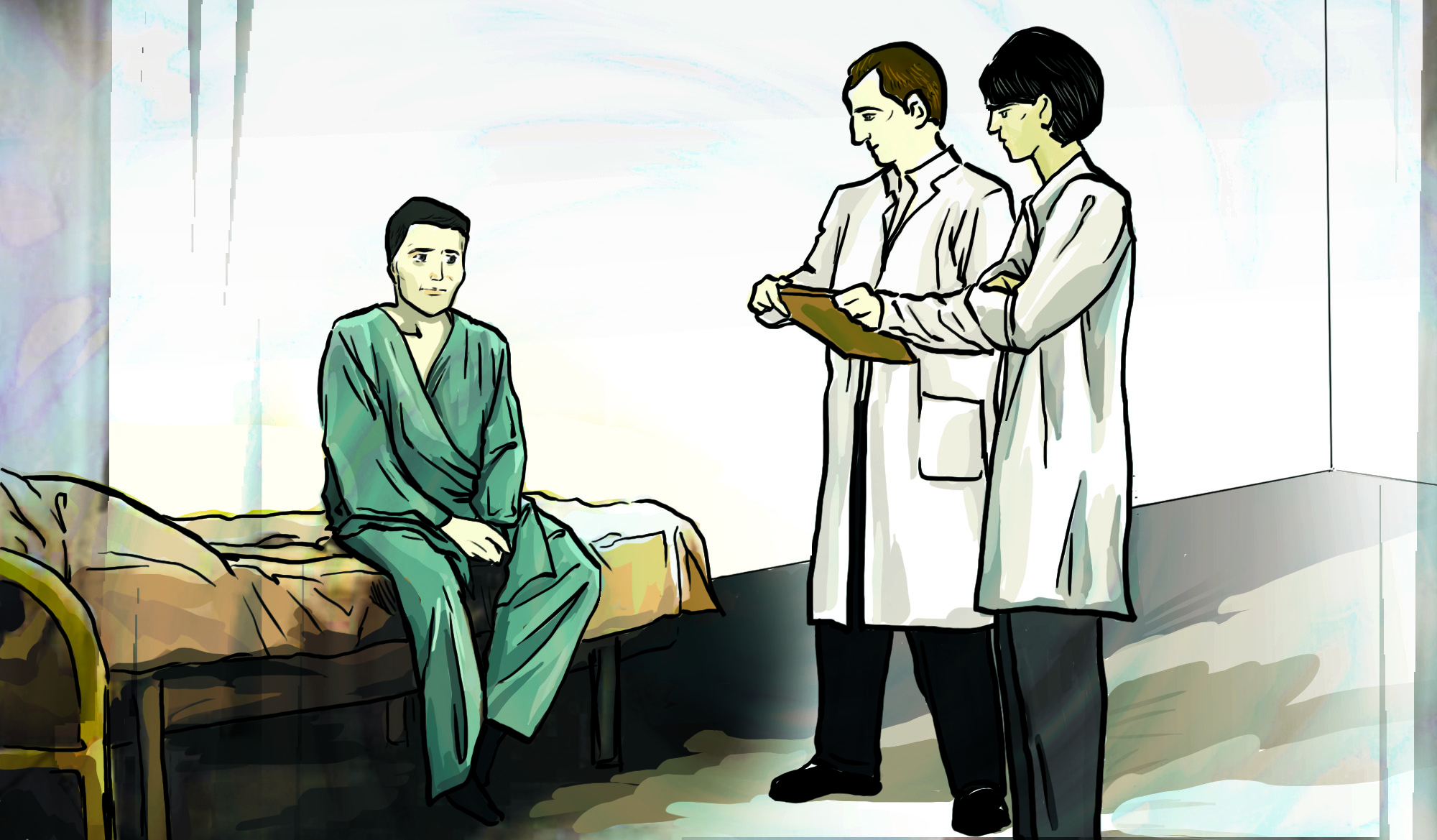 In May 2004, Dan Markingson was found dead. He had used a box cutter to rip open his abdomen and nearly decapitated himself. Beside his body was a note that read, “I left this experience smiling.” Blood tests revealed the presence of the drug Seroquel, one of three being compared in an industry-funded study at the University of Minnesota – the study to which Markingson had been recruited less than six months earlier.

On May 10 of this year, a talk by Carl Elliott, a professor in bioethics at the University of Minnesota and a previous member of Research Ethics Boards (REBs) at both the Douglas Mental Health Institute and the Montreal Children’s Hospital, was hosted by the McGill University Health Centre (MUHC). In his talk at the Montreal Neurological Institute, Elliott recounted Markingson’s story – opening a door to the discussion of the exploitation of mentally ill patients in industry-funded clinical trials.

Mary Weiss was Markingson’s mother. After months of observing Markingson’s strange behavior, talks of alien conspiracies, and threats of homicide, Weiss called the police. Markingson was taken to the Fairview Medical Center at the University of Minnesota, where he was diagnosed with a severe case of schizophrenia. Dr. Stephen C. Olson, a psychiatrist and associate professor in the psychiatric department at the University of Minnesota, deemed Markingson to be dangerous and incapable of making treatment decisions. However, instead of sending Markingson to an institution to be treated, Olson proceeded to enroll him into an industry-funded antipsychotic drug study without his mother’s consent.

The Comparison of Atypicals in First Episode Psychosis (CAFE) study was a clinical trial comparing three atypical antipsychotic drugs: Seroquel, Zyprexa, and Risperdal. The study was designed and funded by the manufacturer of Seroquel, AstraZeneca.

Even with proper consent, Markingson should not have been enrolled in the study. His violent behavior and threats of homicide – traits common to patients in their first psychotic episode – would have barred him from almost all clinical trials. However, these exclusion criteria was not considered during the screening process.

Weiss was greatly opposed to her son’s participation in the trial. When Markingson appeared to be getting worse after enrolling in the study, Weiss tried countless times to remove him. But despite her multiple attempts, nothing was done to address her concerns.

After her son’s suicide, Weiss filed lawsuits against AstraZeneca, the University of Minnesota, and the psychiatrists associated with the study. Her case was settled out of court at a mere $75,000, a total not even sufficient to cover Weiss’ legal fees.

Out of 400 patients initially enrolled in the CAFE study, 119 stopped taking the drug before the year was over, and serious adverse events were recorded for 18 of these subjects. Though statistically underpowered, the researchers claimed the “failure to detect a difference between the three drugs” was an indication of the effectiveness of Seroquel. It was later revealed that the University of Minnesota received $327,000 from Astra Zeneca for carrying out the trial. Astra Zeneca also gave Markingson’s doctors $261,364 in consulting fees and grants.

The CAFE study is a representation of what a clinical study should not be. Simon Young, a professor in the Department of Psychiatry at McGill who has chaired various REBs, commented on the CAFE study case, “If the system had been working properly, if the REB was doing what it needed to do, if the investigator was in the right state of mind, this might not have happened.” In theory, when a clinical trial is run properly with appropriate inclusion/exclusion criteria (such as the removal of patients at risk of harming themselves or others) and proper procedures, big disadvantages should not exist. Due to the shortage of psychiatrists in both the U.S. and Canada, many patients are only able to see psychiatrists infrequently, or not at all. “[The] advantage of clinical trials,” says Young, “is that patients might get better care than those who are not.”

However, it is clear that this is not always the case. Markingson’s suicide was due to a lack of proper care and a focus on marketing objectives rather than on a patient’s well-being. McGill has not been immune to such atrocities against patients. Clinical research at the university has a dark past that serves as a reminder of the importance of proper regulation and discretion.

Most notable are the infamous MKUltra experiments led by Dr. Ewen Cameron, a project funded by the Canadian government and the CIA that led to the development of psychological torture methods. These studies were conducted in the Allan Memorial Institute at the Royal Victoria Hospital in the early 1940s. Hallucinogenic drugs, electroshock therapy, and sensory deprivation were used to conduct “mind-control” experiments – leaving many patients with permanent debilitations. Other, perhaps less widely known, examples are the experiments of Dr. Heinz Lehmann, a psychiatrist at the Douglas Mental Health Institute in the 1930s. He is highly regarded for his contributions to psychiatry, namely his discovery that chlorpromazine (Thorazine) was successful in decreasing psychosis in schizophrenic patients. Little is known of the nasty side effects – such as inability to initiate movement – that some patients endured during the testing of the drug.

In the time of Cameron and Lehmann, REBs did not exist and consent forms were not required. Today, every research institution houses an REB and strict measures are taken to ensure integrity and patient safety. However, the system is far from perfect. According to Dr. Joel R. Lexchin, a physician at the University Health Network in Toronto and a professor in Health Policy and Management at York University, “Though Health Canada sets our minimum requirements for memberships in REBs, they are silent on the procedures these boards should follow and the standards they should use to govern their operations.” A paper published in 2008 in the International Journal of Health Services indicated that more the 80 per cent of clinical trials in Canada are funded by the pharmaceutical industry, a fact that still holds true today. “This [proportion] applies virtually all around the world,” Lexchin told The Daily, “and most clinical trials are done to get drugs on the market.”

Though currently there are no widely reported cases that mirror Markingson and the CAFE study in Canada, there has been much less investigation here compared to the U.S. – leaving the possibility that such cases may be going on under the radar.

A major problem is the lack of emphasis put on the quality of REBs. Shortage of government funding and the fact that REB jobs are not regarded highly are some of the biggest problems facing institutional REBs. Positions on REBs are voluntary and it can often be difficult to find people who would like to sit on the board. “The thing that really irritates me,” Young stated, “is the difference between animal and human experimentation. The Canadian Council on Animal Care does site visits to hospitals every five years, looks at protocols, and asks to see how investigators do things. But nothing like that exists for human trials, though an equivalent council exists.”

The current oversight system of REBs in North America is another issue. Each REB is only responsible for its own institution, meaning a protocol turned down at one research center could be taken elsewhere and approved. The advent of for-profit REBs has added to this problem. For-profit REBs are part of the contract research industry that approves trials if given a certain amount of money – a clear conflict of interest. In recent years, traditional research institutions such as McGill have also begun to charge pharmaceutical companies for clinical trials. With the current system, the institutional and for-profit REBs are in the same business. “The question is why do you have an oversight system where this is possible? Why do you have a system where institutions are competing for trials?” asks Elliot. The competition between various REBs may directly lead to the lowering of standards for clinical protocols.

“Every research ethics scandal involves exploitation of some sort, and in every case, doctors will say that nothing is wrong – only after will you see that people were exploited,” Elliot explained. Those diagnosed as mentally ill are part of a particularly vulnerable population. During the question and answer period after the talk, a student, who chose to remain anonymous, stood up and admitted to having suffered drug-treatment related exploitation for childhood mental illness. “The problem is,” they said, “the mentally ill are a minority that is not seen.”

Perhaps the most astounding fact in the University of Minnesota case is while a whistle was blown on unethical research practices, the perpetrators left unscathed. The University of Minnesota side-stepped the lawsuit, and Olson – the doctor responsible for enrolling and keeping Markingson in the study – is still a practicing physician and professor today. The only sufferers were the patients.