What’s in a meme?

The racial violence of social media 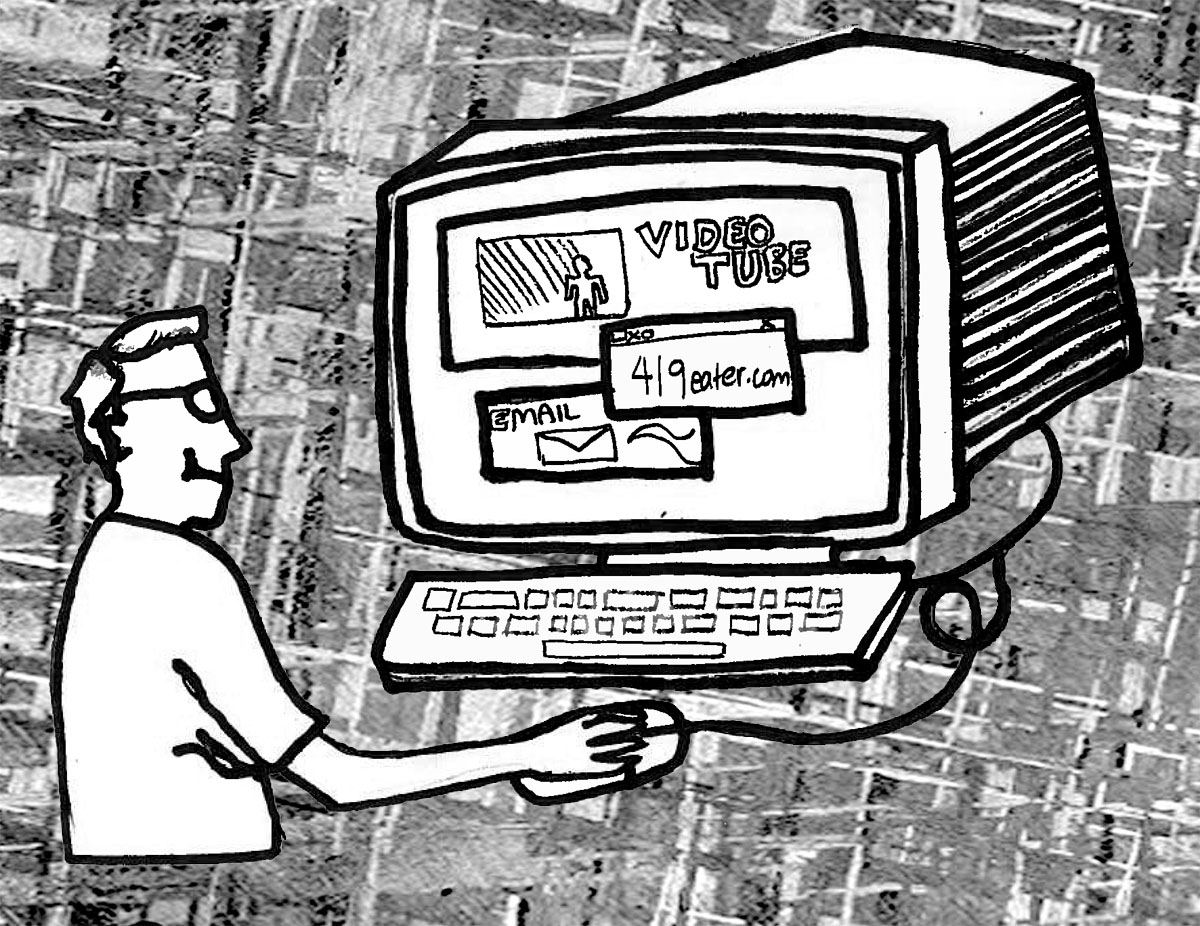 Two men stand on a street wearing nothing but bras and women’s panties. One slaps the other with a fish then pours a glass of milk over his head. “Thank you sir, may I have another,” the slapped man says.

This video is one of the many “trophies” posted on 419eater.com, a website that sees its purpose as exposing and shaming perpetuators of the “Nigerian 419 scam,” in which an individual receives an email informing them of a large amount of unclaimed money that can only be accessed with the payment of an advance fee.  Members of the site, who call themselves “scambaiters,” obtain their trophies by pretending to fall for a scammer’s story. Through an extensive game of cat-and-mouse, they convince the scammer to provide proof that he or she is a real person by sending a very specific, usually humiliating, photo or video.

Nearly all of the images collected in 419eater.com’s “Trophy Room” depict black men, and some women, holding self-ridiculing signs or performing demeaning acts. One image shows a young black woman holding a sign that reads, “I will do everything that I am asked.”

This striking image inspired the title of Lisa Nakamura’s talk for the Art History and Communication Studies (AHCS) Speaker Series, delivered on March 14: “‘I Will Do Everything That I am Asked’: Spambaiting, Dogshaming, and the Racial Violence of Social Media.”

In contrast, users view these sites as enclaves of vigilante justice. 419eater.com even goes out of its way to state that scambaiters do not target particular races or nationalities, but simply respond to whatever scam emails they receive.  They estimate on their website that over 50 per cent of these scams originate from Western and Southern Africa.

The “Nigerian 419 scam,” a version of the centuries-old “Spanish prisoner” scam, was popularized in Nigeria in the 1990s. The fraudsters, motivated by political and economic unrest and a sense of entitlement to Western wealth siphoned out of colonial Africa, brought this scheme to the digital age. Today, the scam has gained worldwide notoriety, with perpetrators all over the world using outlandish tales of ousted politicians or deposed princes to con around $3 million a year out of their victims.

Despite the global nature of the scam, the images posted on scambaiting websites retain a racial dimension. Nakamura, who studies racial constructs online, noted that some images mirror primitive tableaus of “exotic” cultures, which were once used to illustrate ads and product labels. Other images explicitly degrade the scammer through acts of primitivism. They reduce cybercriminals to “professional savages,” performing for Western audiences as colonized people once did at exhibits and World Fairs in the 19th and early 20th centuries.

Nakamura placed the images in the context of a larger culture of “digital pillory,” a form of public shaming that makes use of the internet’s inclination towards visual humour, as well as its reach and permanence. She pointed out a variety of trends – some harmless, some not – that have made viral rounds, including dogshaming, slut shaming, body shaming, and even child shaming.

In a world where individuals communicate online by exchanging funny images, memes like this become rhetorical tools, which reinforce social attitudes. Yet, users who see scambaiting images on meme-sharing sites, like Reddit, often fail to see the images as racist. By placing these images in an intentionally humourous context, Nakamura noted, viewers are primed to see the images as funny. Even as the internet becomes a central means for interaction, it is still often viewed as virtual in the purest sense; that is, what appears on the internet is not necessarily real. However, in a society with increasing dependence on this digital method of communication, anything represented online has very real ramifications offline.

While the internet can be used to educate and inform, Nakamura concluded, “maybe some memes should die.” She ended the discussion on a positive note, however, remarking that memes can also be used to challenge attitudes. In one forum, for example, a user responded to a scambaiting meme with another meme: an animated gif of a child shouting, “That’s racist!”