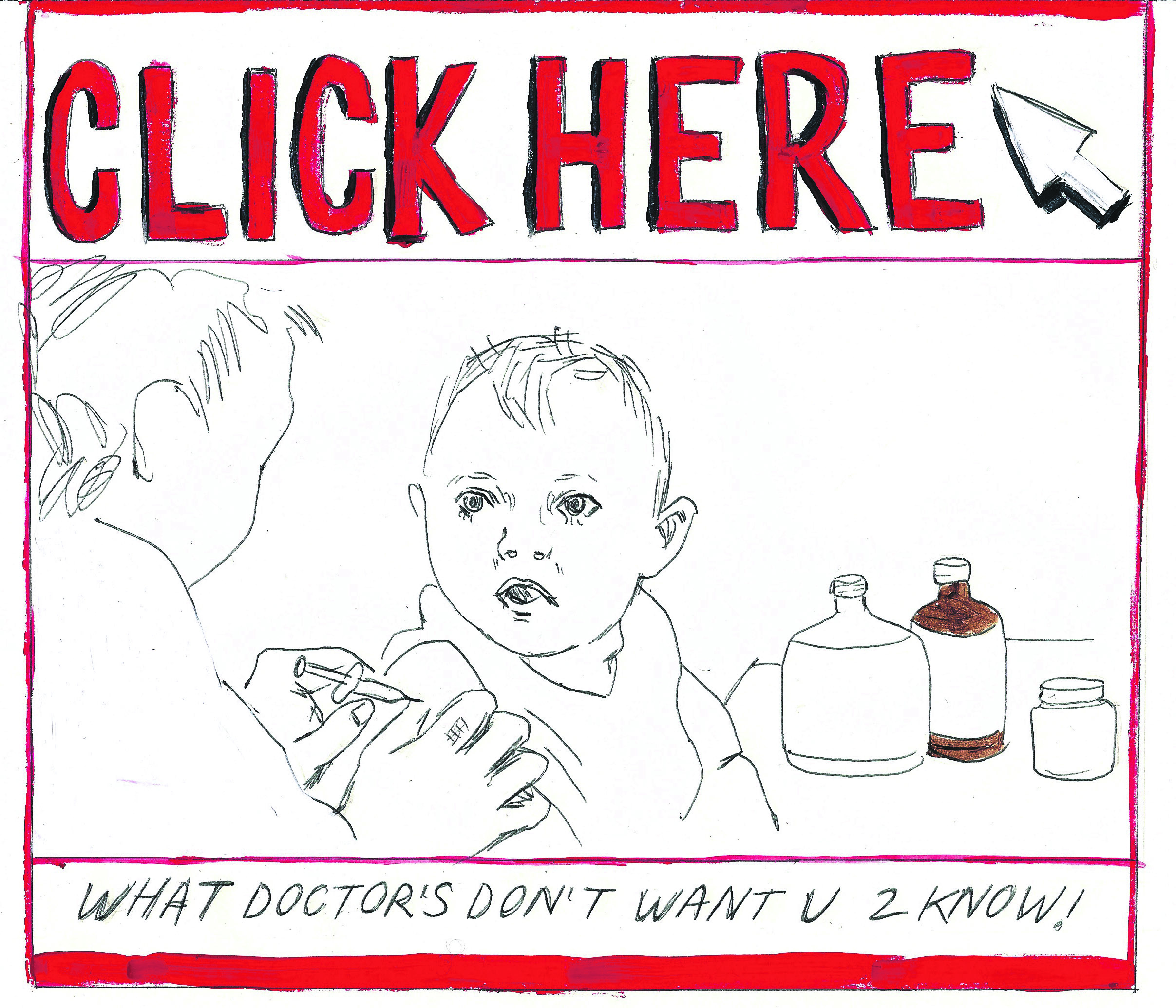 Often the truth is hard to come by. With an onslaught of information and the quantity of contradicting scientific studies, it is becoming increasingly difficult to separate the facts from the fiction. The Daily sat down to talk with experts Professor Joe Schwarcz and Professor Ariel Fenster at McGill’s Office for Science and Society about common science myths and their prevalence in today’s society.

Instead of an apple, Professor Schwarcz recalls how a student once placed an extremely large strawberry on his desk and told him to witness the effects of genetically modified food. The student expressed concern about Genetically Modified (GM) foods and told him how an anti-freeze gene from an Arctic fish was spliced into a strawberry to create an unnatural abomination of nature.

But in actuality, strawberries are not a current GM crop and there have been no documented cases of scientists splicing fish genes into strawberries. Instead, like most of our food, strawberries have been intentionally cross-bred and tweaked by farmers for thousands of years to select for certain desirable traits, such as resistance to disease. With today’s technology we are now able to use recombinant DNA, which is a DNA sequence that does not naturally occur, and splice it into a seed to create a new variation of an existing plant. However, consumers’ lack of knowledge can lead them to categorize this selective breeding technology under the label of Genetically Modified Organisms (GMOs), a still-controversial technology in many areas of the world.

In the 2012 American election, California held a referendum vote on Proposition 37, which would require all GM food sold to consumers to be labelled as such. The motion barely failed but it did demonstrate how voters feel uncomfortable about their food being modified. The belief that GM foods are harmful has led countries such as Germany, Japan, Greece and others to limit their use and cultivation. During a famine, Zambia refused GM food aid from the United States for fear of the alleged long-term effects to humans as well as the possibility of cross-contaminating local crops which would make them ineligible for export to certain E.U. countries. The myth that GM foods endanger lives is influencing governments to support regulations that hurt the people growing the crops as well as those eating them. But this fear isn’t justified, explains Professor Schwarcz, as multiple scientific studies over the last 25 years about GM foods have yet to demonstrate any health concerns over its consumption. GM foods also cannot be sold to the public on a whim, as the approval process is quite thorough; the introduction of canola, for example, took about 12 years to reach the market.

Some myths, like the “GM foods are dangerous,” are physically harmless – though they do have wide-ranging political impacts – while others, especially in the realm of health, can have more direct effects. Some health misconceptions can be laughably harmless, such as the idea that placing sliced onions in a room can stop the common cold. The reasoning behind this onion myth is that the sliced onion acts as a bacteria magnet, drawing away the bacteria that cause the common cold. Just as in the strawberry myth, the facts are wrong. The common cold  is caused by a virus and cultivating bacteria in an onion bowl is not a good way to kill a pathogen. But whereas things like “an apple a day” may not harm (though also not help), there are branches of alternative medicine that can tangiblly harm.

Professor Schwarcz tells us how homeopathy, a particular branch of alternative medicine, represents a charlatan’s rouse that, at best, gives false hope to the ill and, at worst, reduces the time that traditional medicine has to cure them. Homoeopathy seduces its adherents with the premise that complicated diseases can be reduced to simple explanations and solutions. Homeopathic practitioners may believe that their methods actually work when a customer feels better in spite of their treatment rather than because of it. As Professor Schwarcz puts it, people that sell homoeopathic remedies can be tricked into thinking their medicine works because a dissatisfied customer does not return; they either die or go seek medical treatment. Doctors are not under this illusion as they tend to hear back more often if a type of treatment isn’t working. Even though homoeopathy has been discredited, there are still some people who continue to buy its medicines.

The area of medicine is one in which the public seems particularly susceptible to myths. In 1998 a paper was published by Andrew Wakefield that claimed the vaccine against measles, mumps, and rubella caused an increased risk of autism. This author was found to be fraudulent, had undisclosed conflicts of interests, and was disciplined by the General Medical Council for professional misconduct. But the myth that the vaccination can cause autism still exists today and has convinced some parents to not vaccinate their children from life-threatening diseases. As a result, several cities, including Montreal, have had several measles outbreaks within the last decade because not enough people were vaccinated. The reason that myths such as “vaccination causes autism” do not go away is because it gives people false hope that a simple action can prevent a chance occurrence from happening.

The typical person cannot be expected to know all the trade-offs of new technologies; as a result, society must place more and more importance on scientists to tell the truth. But there are other forces at play that can confuse the situation. As more research is done and more papers are published, there are more people who support every side of an argument. Alarmists can cherrypick the literature to give credence to any idea, regardless of the understanding of the vast majority of the scientific community. With billions of dollars on the line, companies fund their favoured side and help to create confusion among the public. The rise of scientific opinions is increased by the rise of celebrity science which introduces new opinions without objective support. “As-seen-on-TV” science and shocking media stories only create confusion when not placed into proper context, says Professor Fenster, and leads the public to believe there is a debate in the scientific community when there isn’t.

Myths are started and sustained with fraudulent or misinterpreted science, but those who care about these issues, such as public policy makers, should look beyond the popular consensus to find truth. As for the public, we would all do well to think about – and maybe question – the explanation rather than the headline.